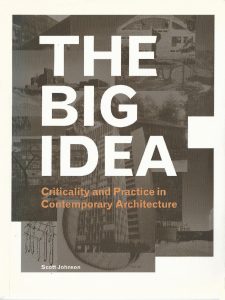 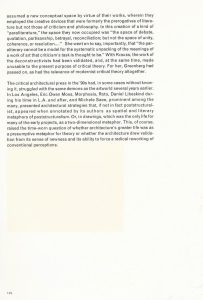 “In Los Angeles, Eric Owen Moss, Morphosis, RoTo, Daniel Libeskind during his life in L.A. and after, and Michele Saee, prominent among the many, presented architectural strategies that, if not in fact poststructuralist, appeared when annotated by its authors as spatial and literary metaphors of poststructuralism.”