The lot lies just west of Hoover Street, a north-south artery that separates the checkerboard layout of the city grid to the west form the less-structured response to the radical topography downtown Los Angeles to the East. The project was inspired by the housing developments of the 1920s and 1930s in the nearby Echo Park neighborhood, which consists of individual units, almost cabins, separated by open main and branch corridors built into a hillside.

The typical Los Angeles apartment building is characterized by lack of cross-ventilation, insufficient light and little or no contact with neighbors or the outside. In breaking away from that type to create a more desirable, comfortable living situation, we discovered that those qualities were the result of a zoning code-driven design. Altering them often produced code violations. As a result, applying for variances was an ongoing, the construction, and the material to produce a code sufficient building became a hallmark of the project.

The Imposing south wall generates the overall form. Emerging from that wall is a large continuous structure that forms the core of the complex. From there the structure separates, creating a large open corridor; then it divides to form the three open courtyards and four individual duplexes. The façade is designed to conceal the building’s multi-unit function, with the curved steel wall that both shields and gestures to the entrance. A small-scale window reduces the building’s impact as it rises above the curving façade, while open corridors project past in the face of the building to the street. 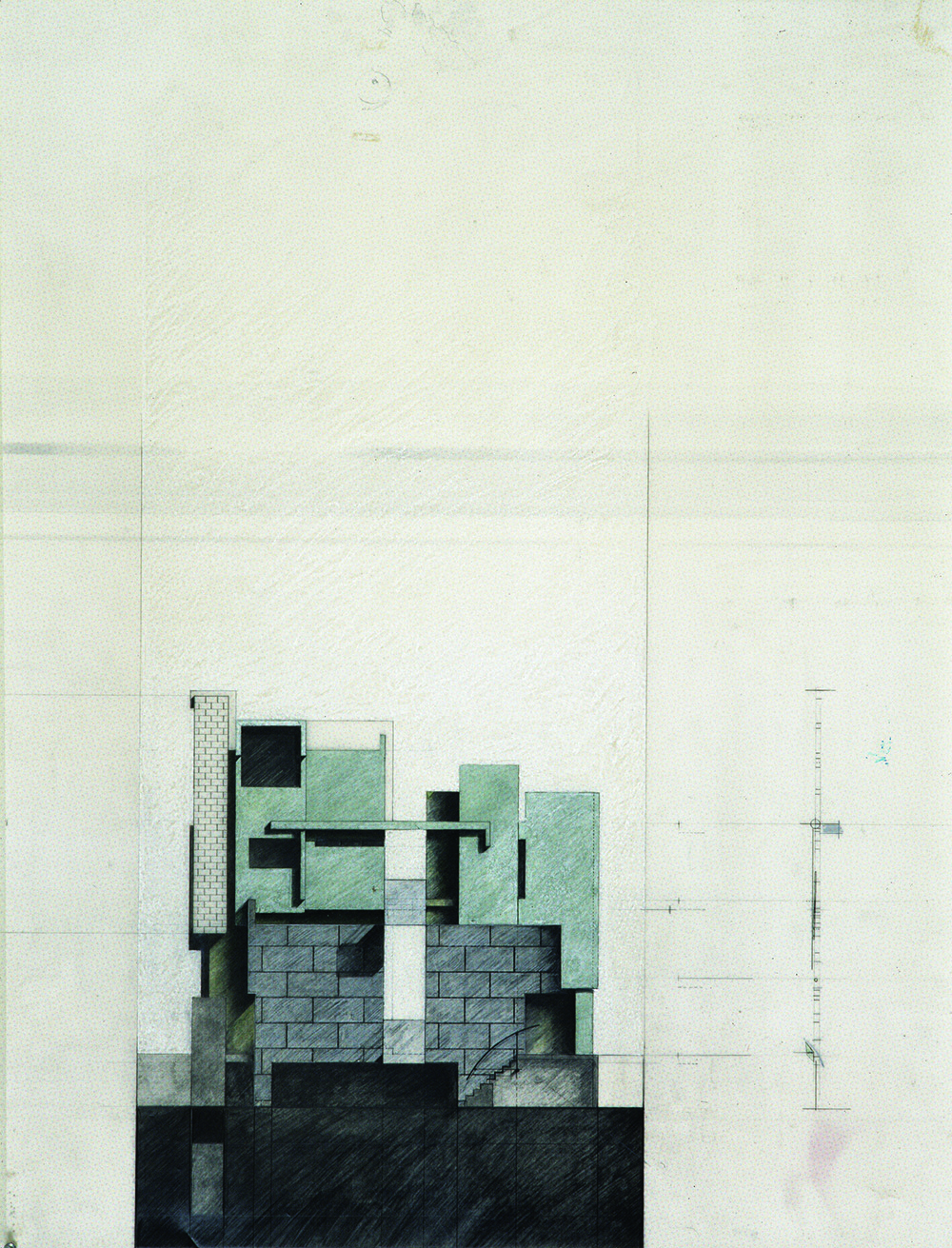 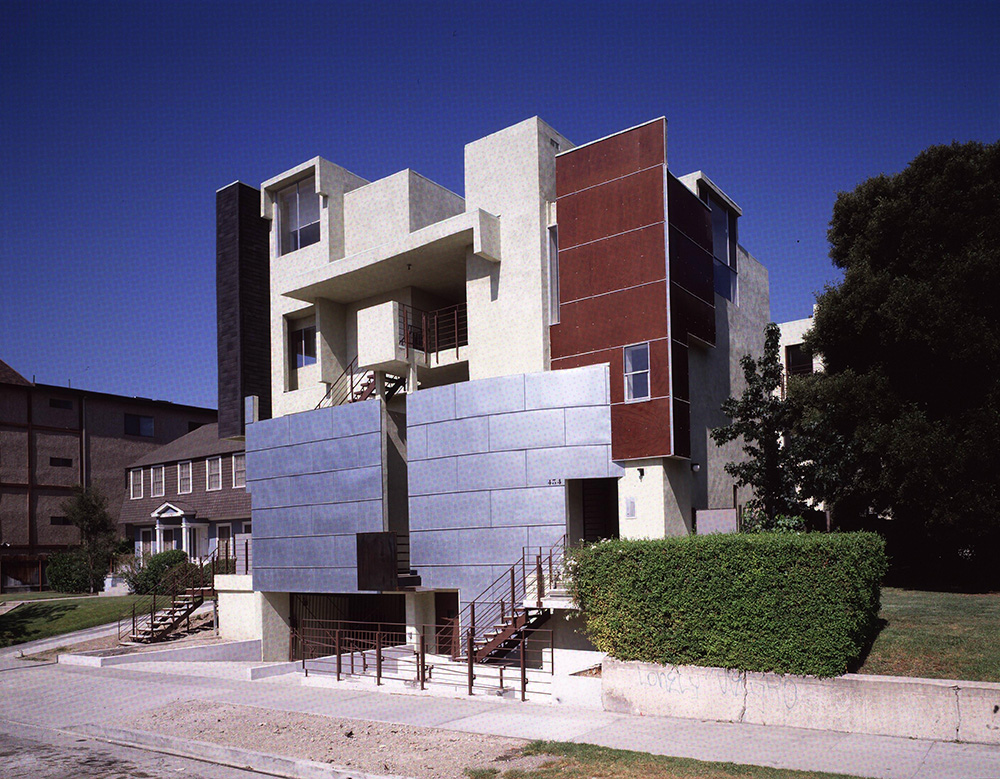 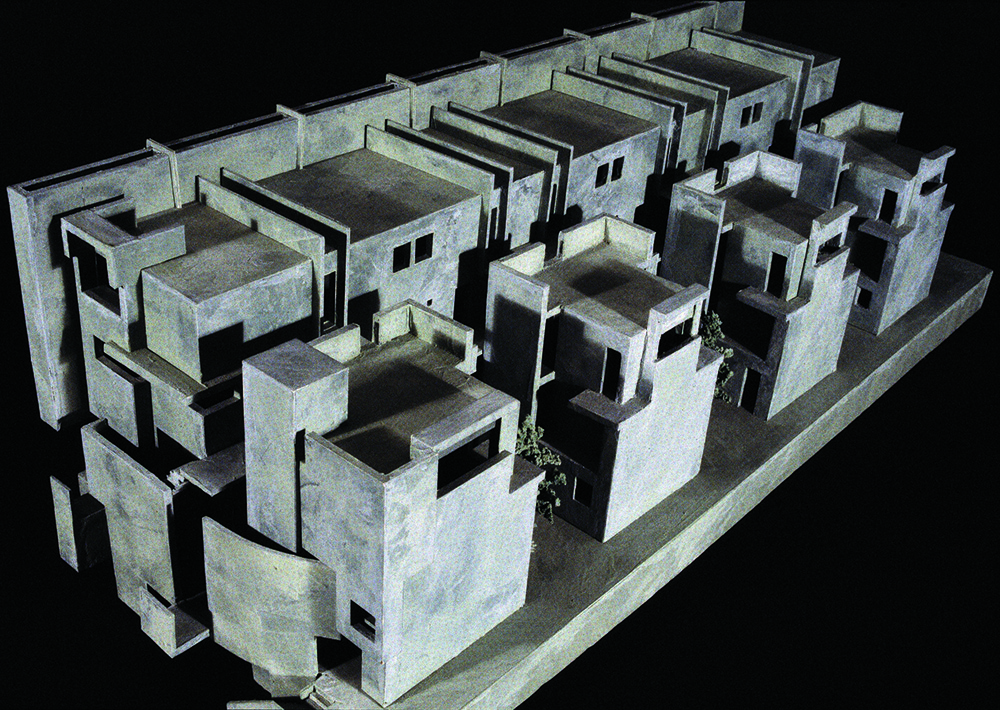 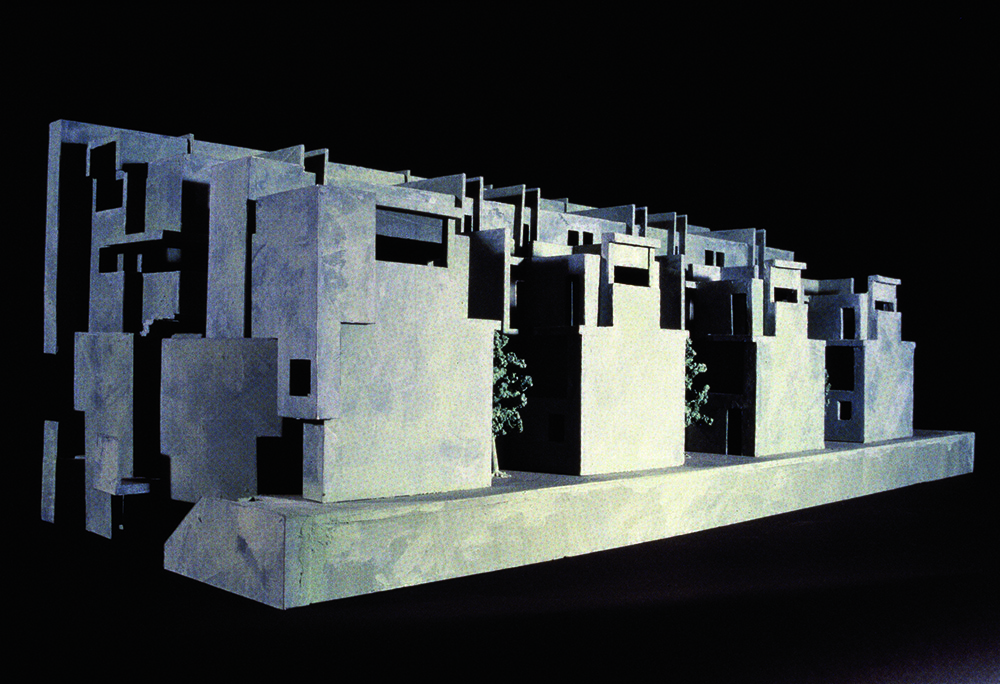 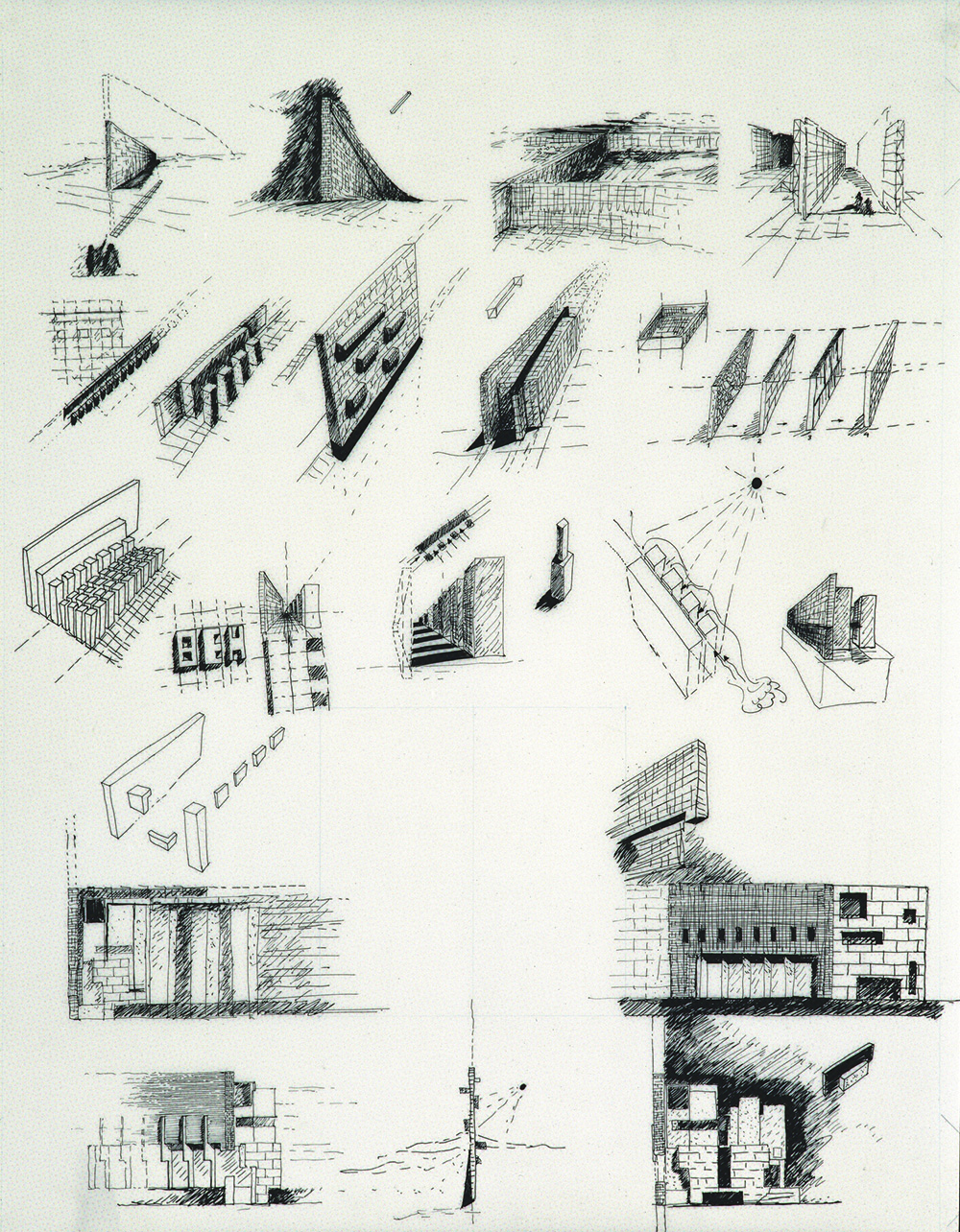 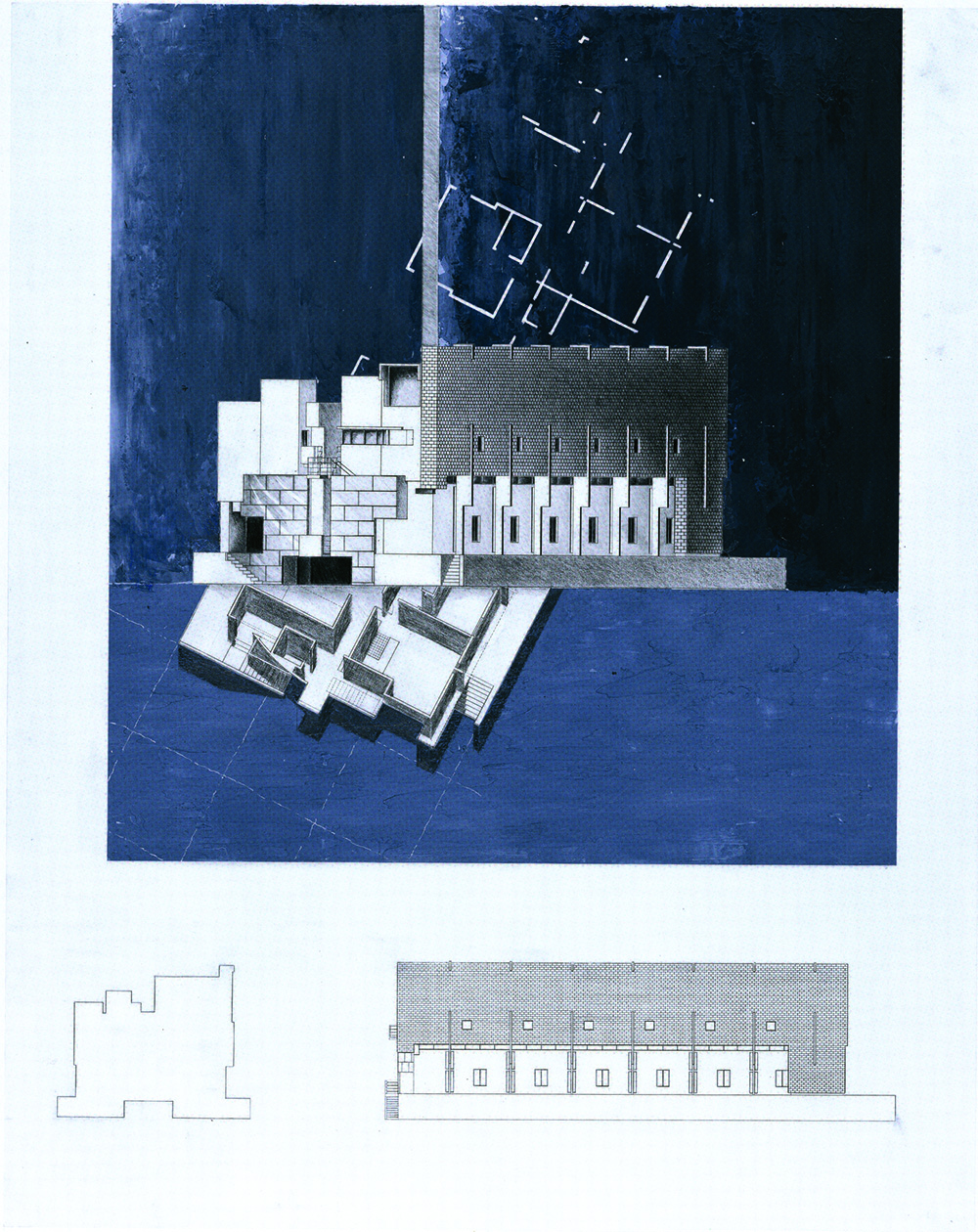 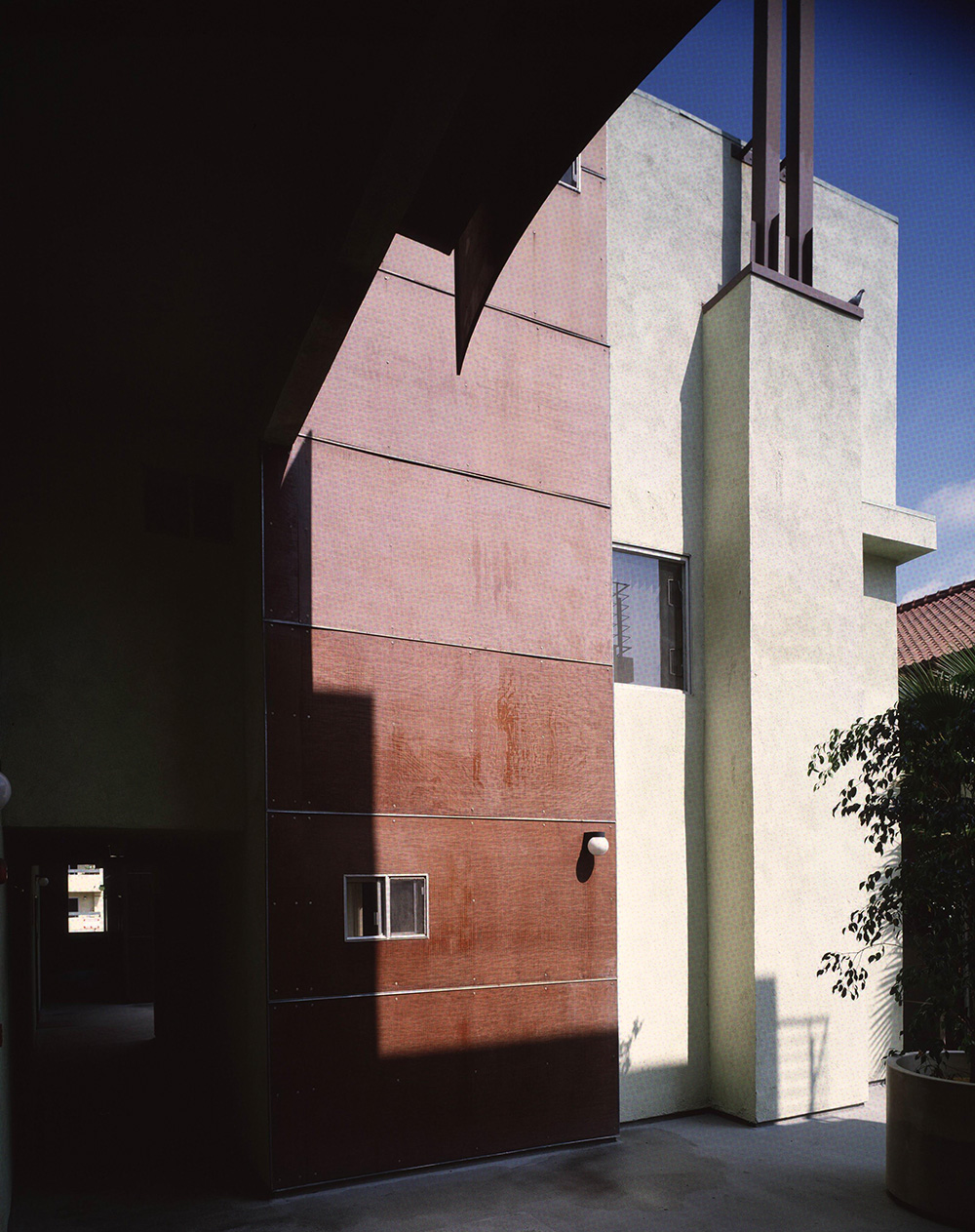 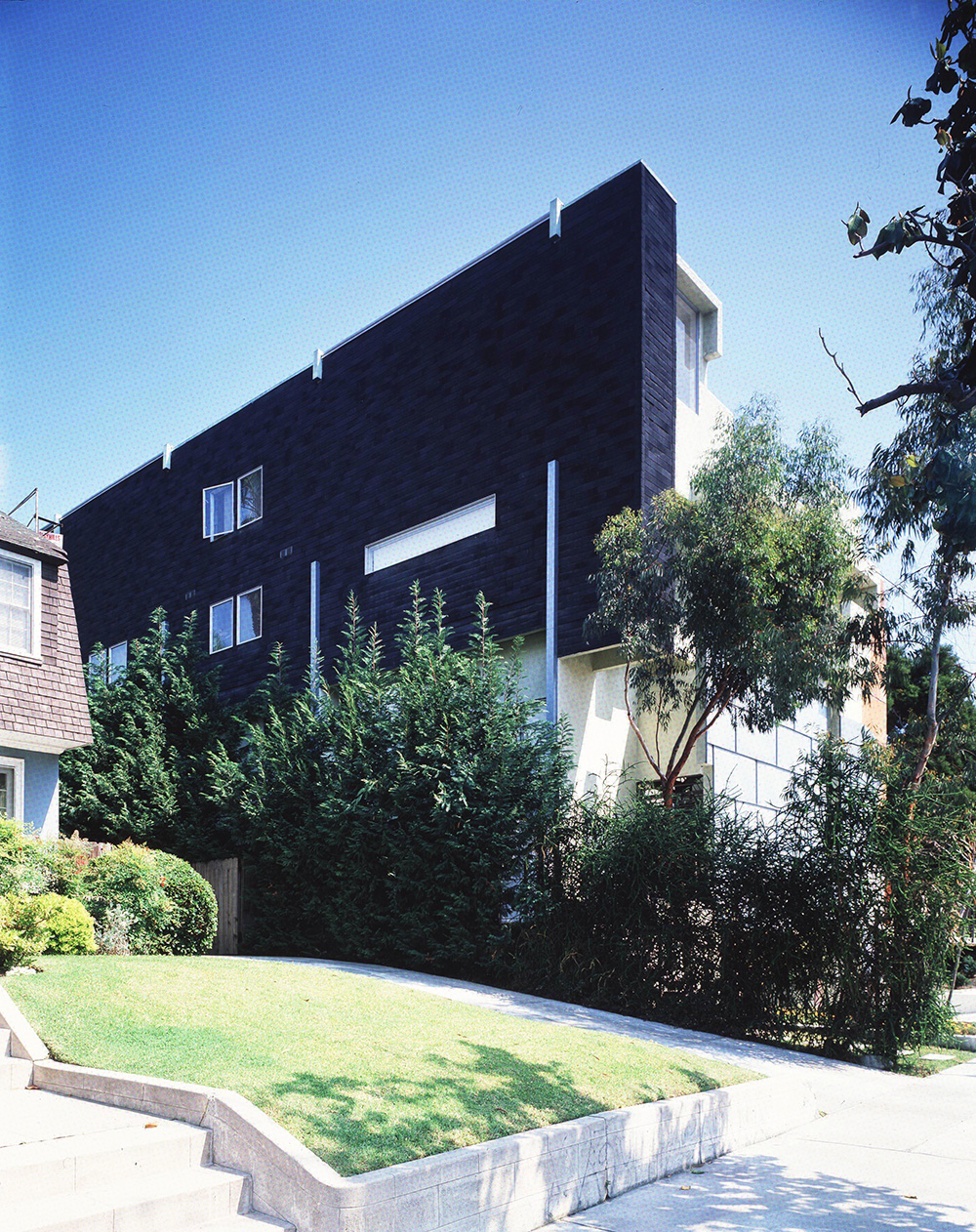