… How can a project express (place) … without responding to the basic symbolism of rice paper lamps, simple tatami mats or fishing nets full of shells?

Angeli Trattoria project does not literally transfer symbols, materials or atmosphere. It thinks of the foreign restaurant as if it already were “Angelized” and so it creates contamination for interior which in all probability will become a genre in the years to come. The use of rusticated brick and bow trusses lends an aged quality to the building that suggests reuse rather than new structure. Turning the focus of history on the building itself, meant addressing the concept of integration.

Everything about the warehouse suggested the stage: acoustic, lighting, the vaulted ceiling with its open bow trusses even its previous function as a carpet outlet, where hundreds of different carpets suggested costume and concealment, each pattern telling a story. The warehouse thus became a theatre for the act of dinning, something to be viewed and responded to. Sitting and eating were transformed into a relationship between audience and drama. This restaurant based more on interaction than on subjective performance, has its “stage’ near the center of the main space in the form of the food preparation area and pizza oven to facilitate that interaction and to enhance the theatrical mood.

The Trattoria‘s major elements were fabricated at a steel workshop, transported to the site, and “plugged in” to the existing building. The existing Douglas fir bow trusses were left exposed and Douglas fir became the wood of choice throughout the restaurant. In this case, the plug -in philosophy had less to do with the building template than with the existing language of the site that was considered valuable enough to serve as catalyst for design. 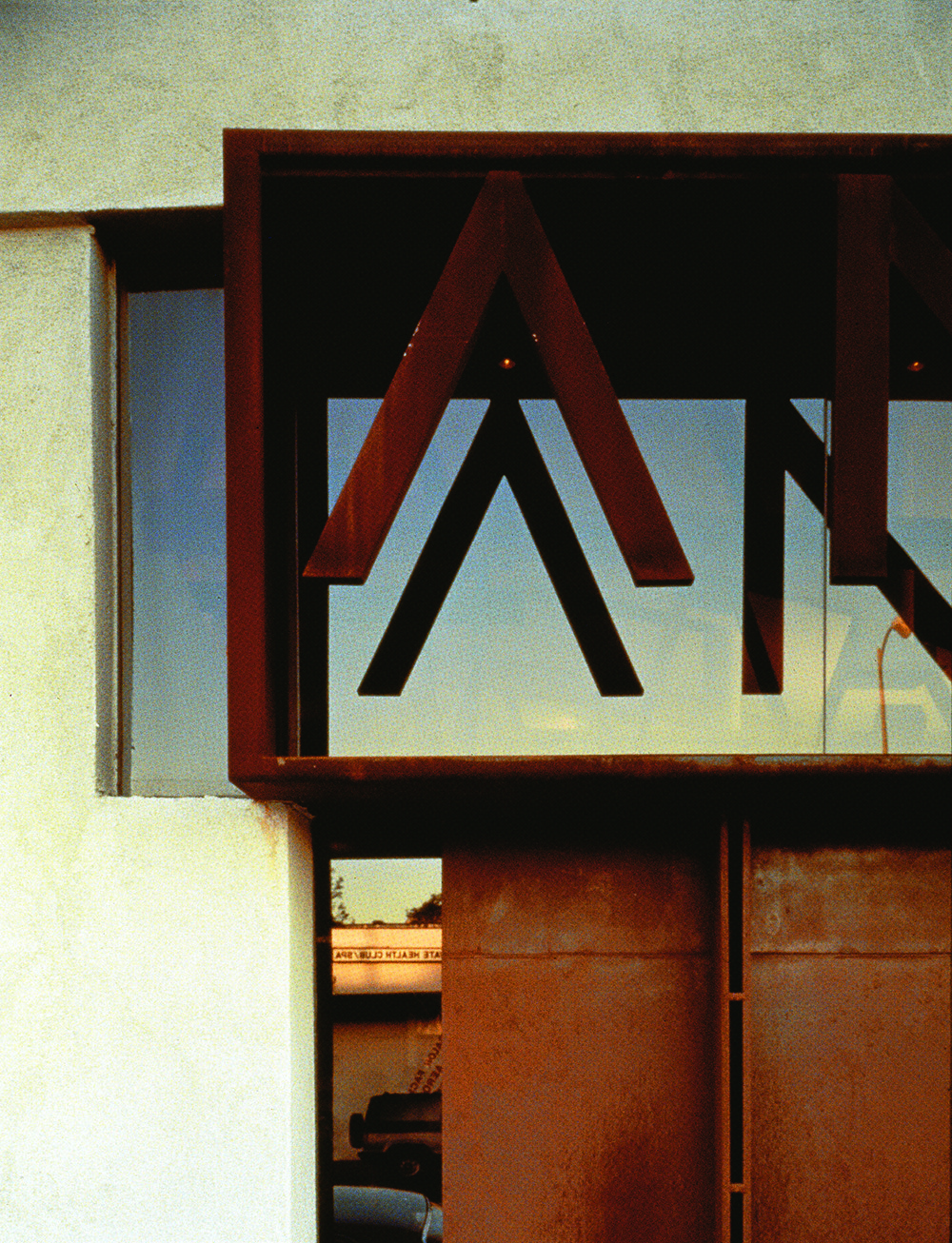 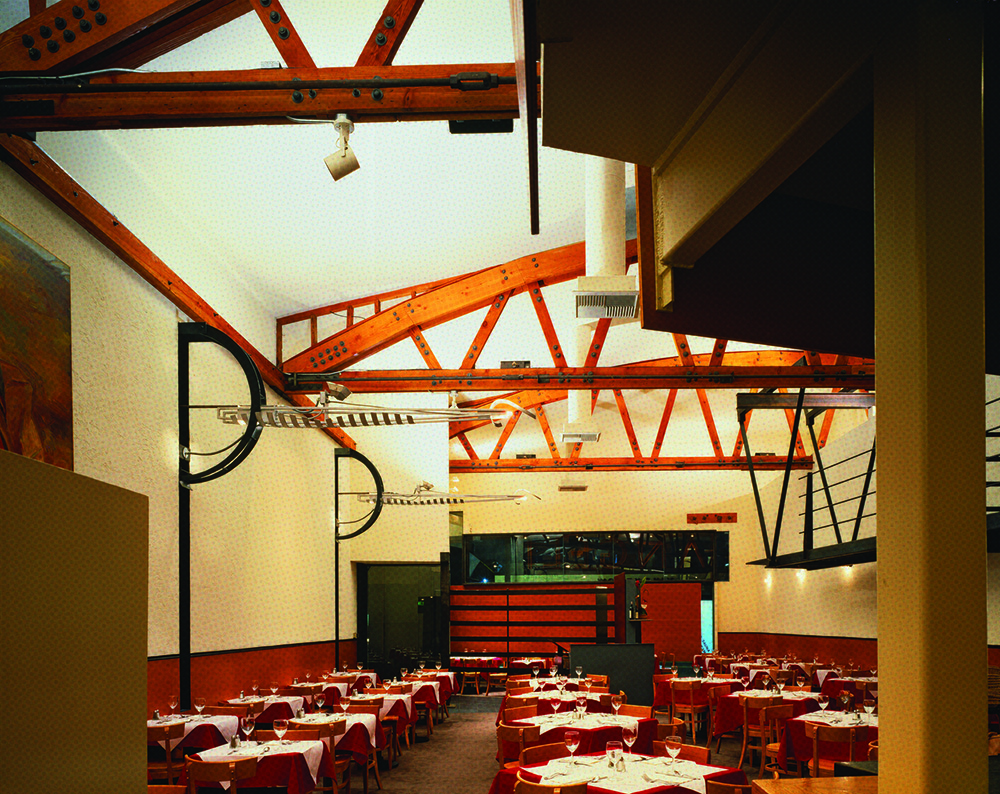 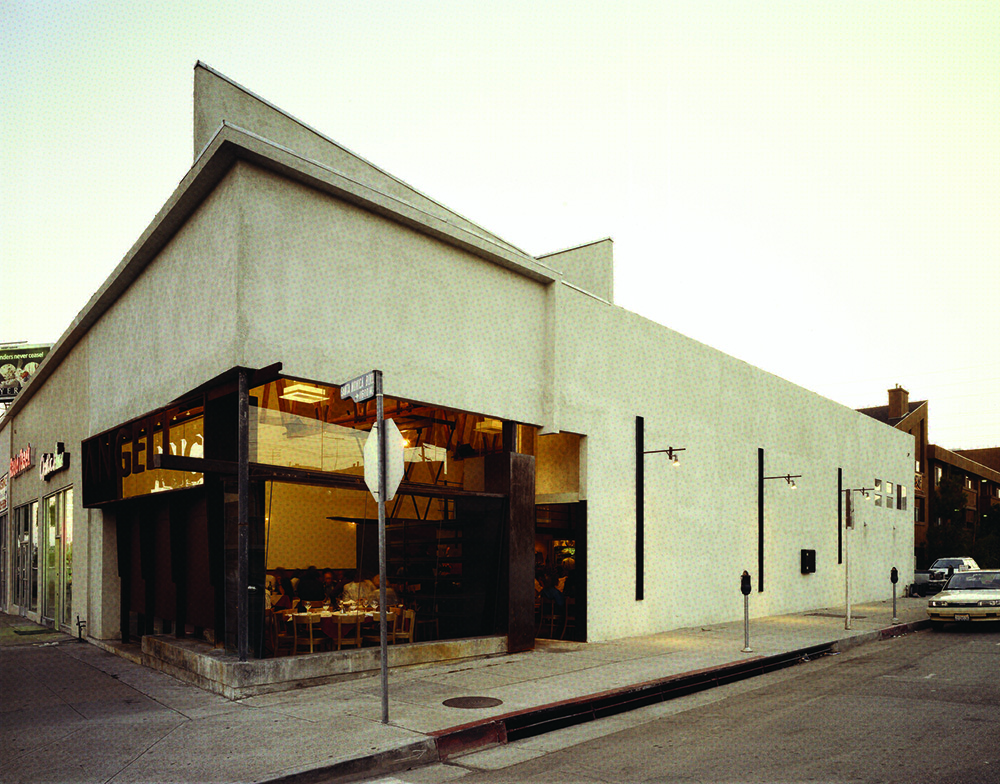 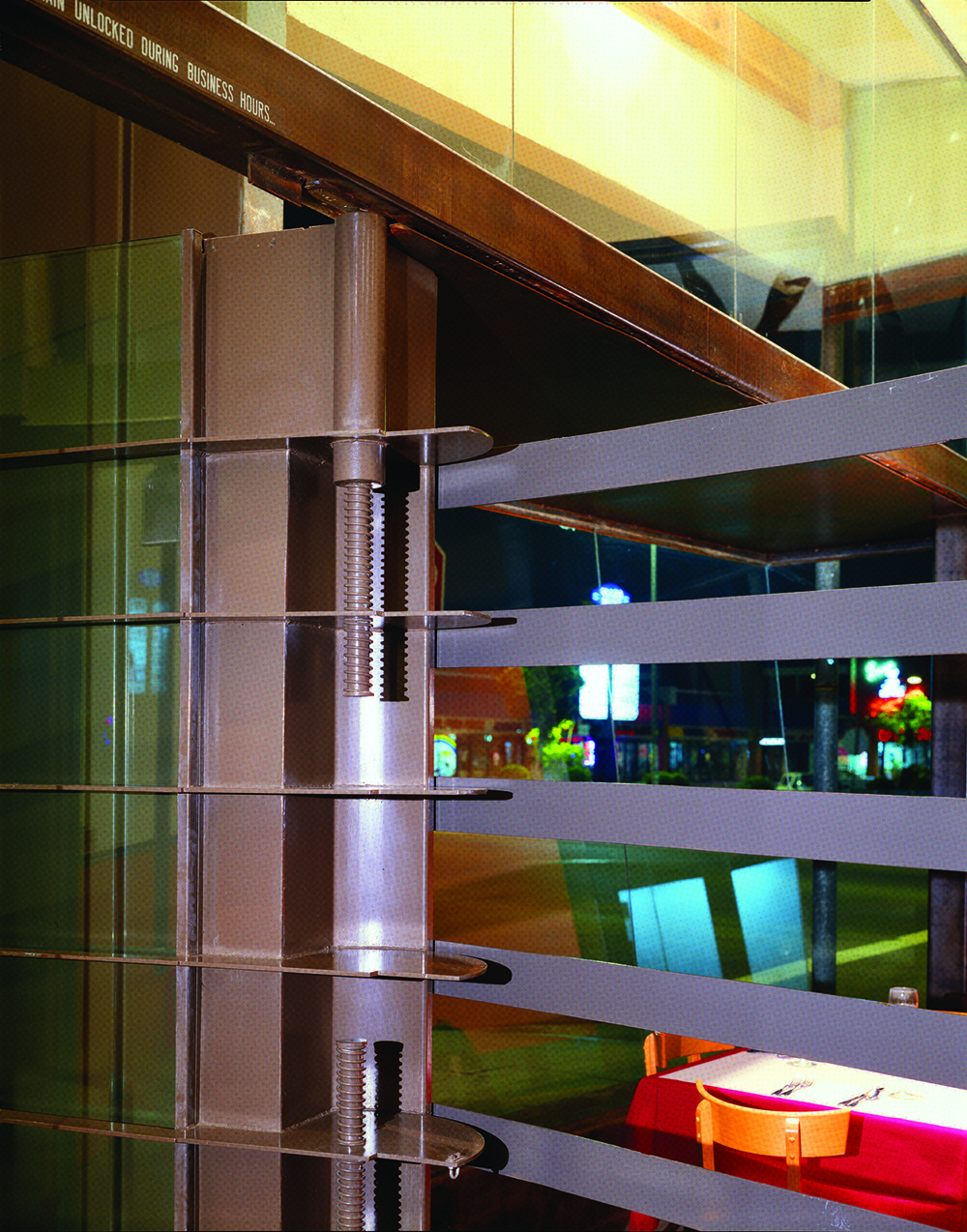 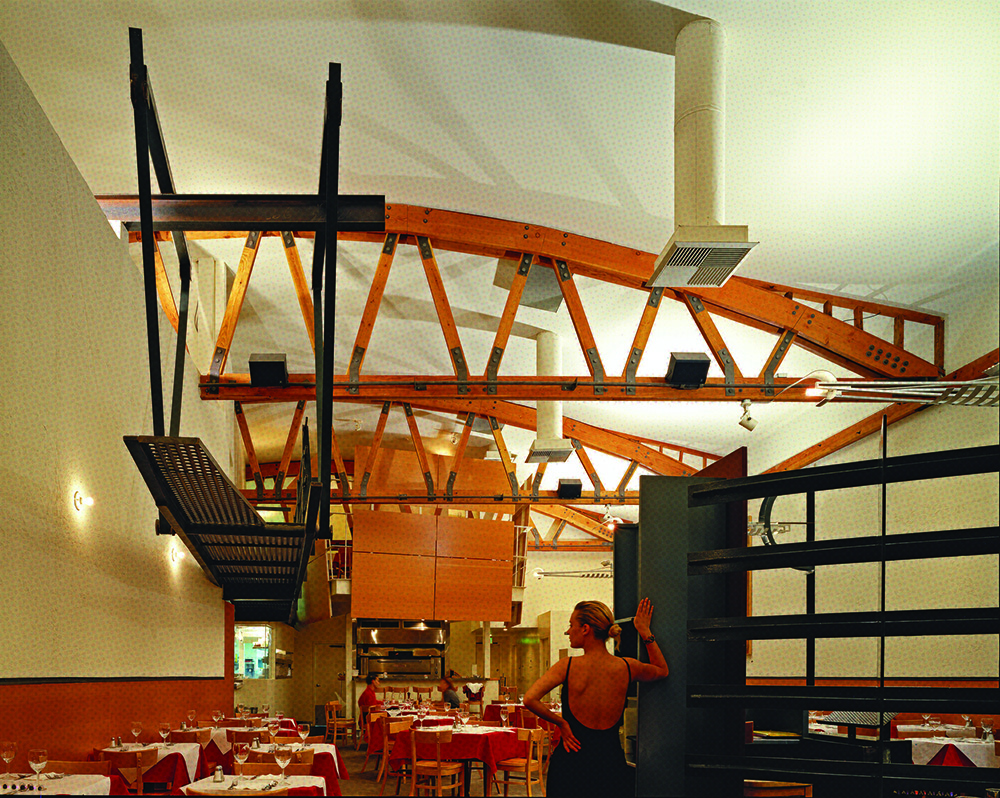 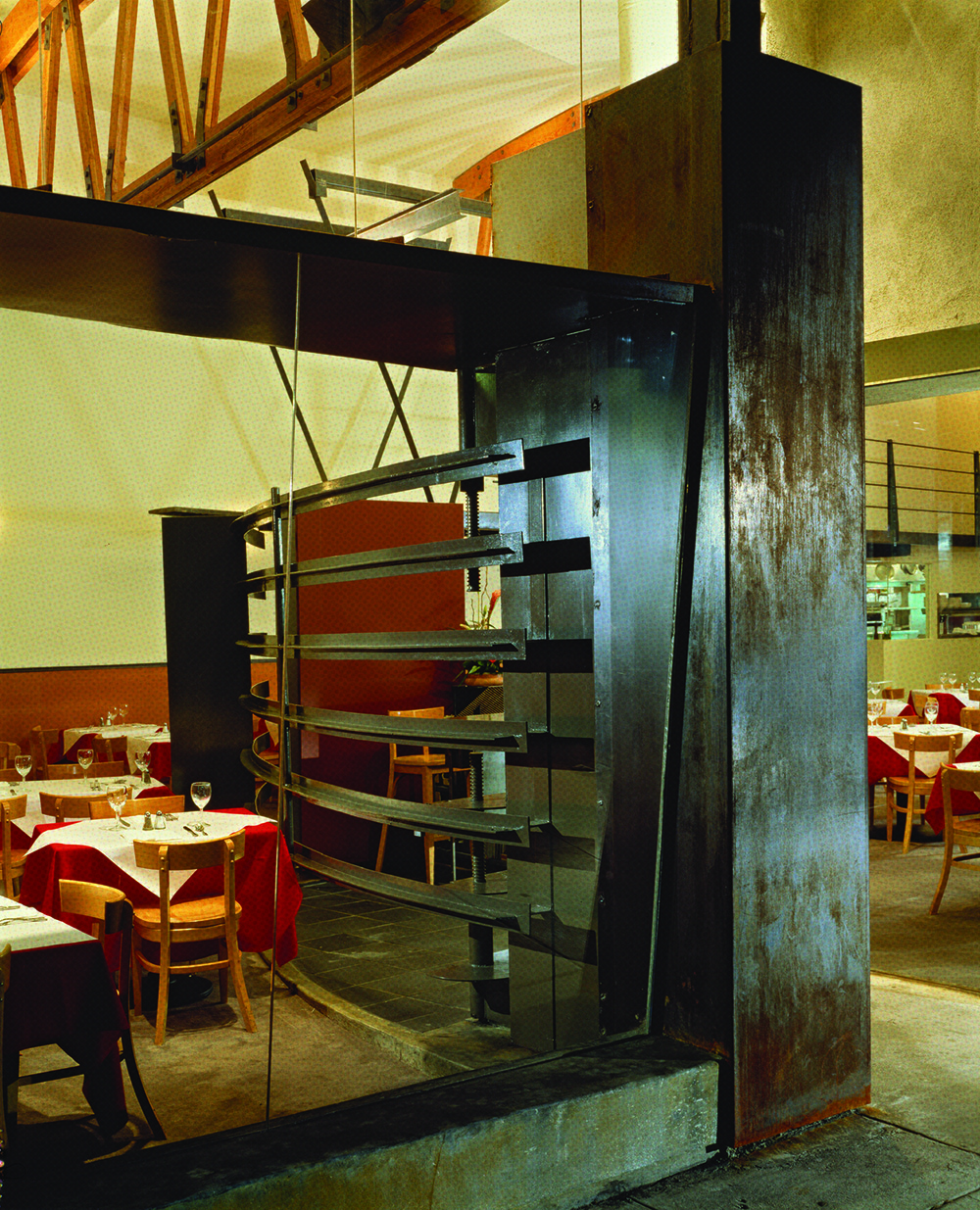 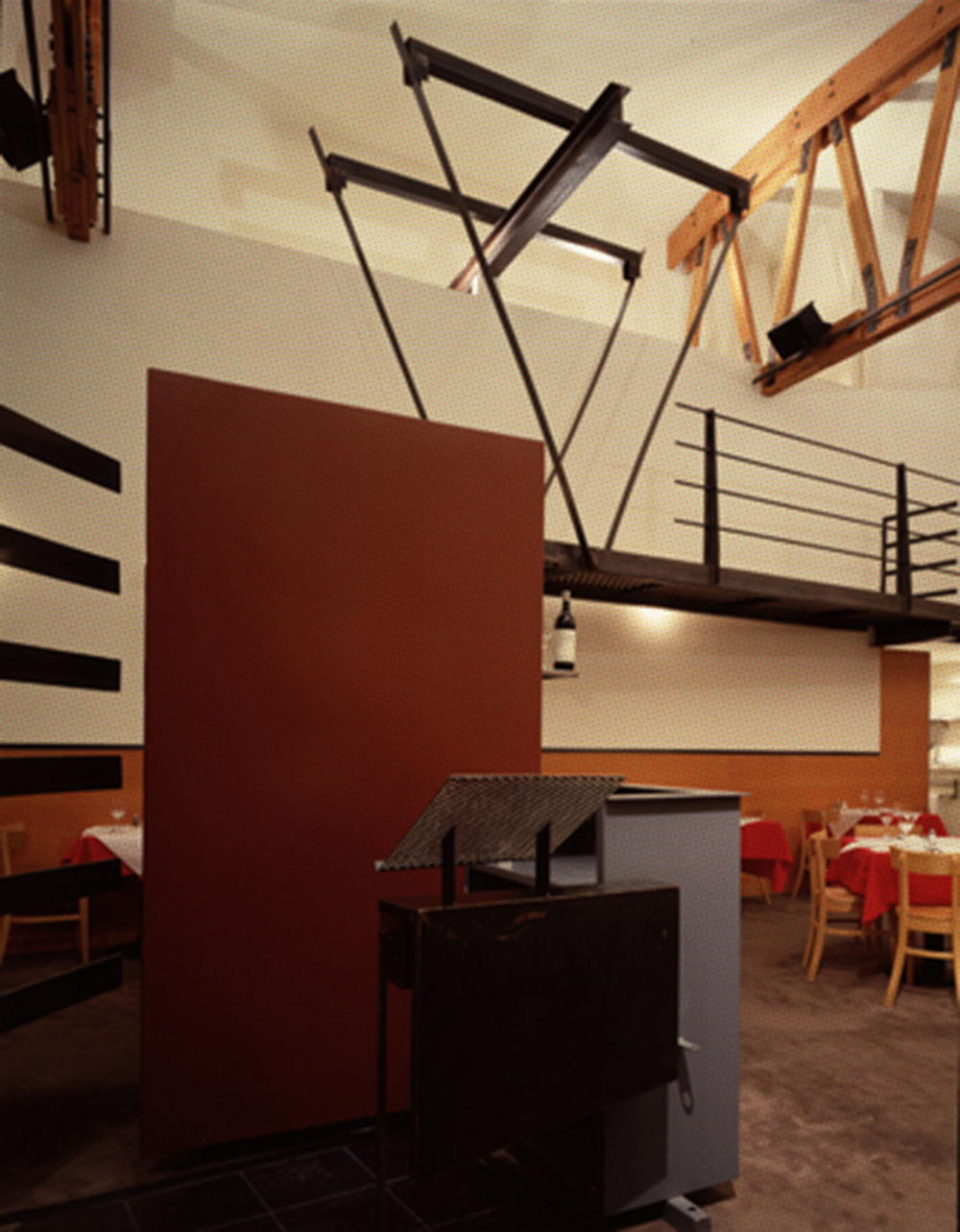 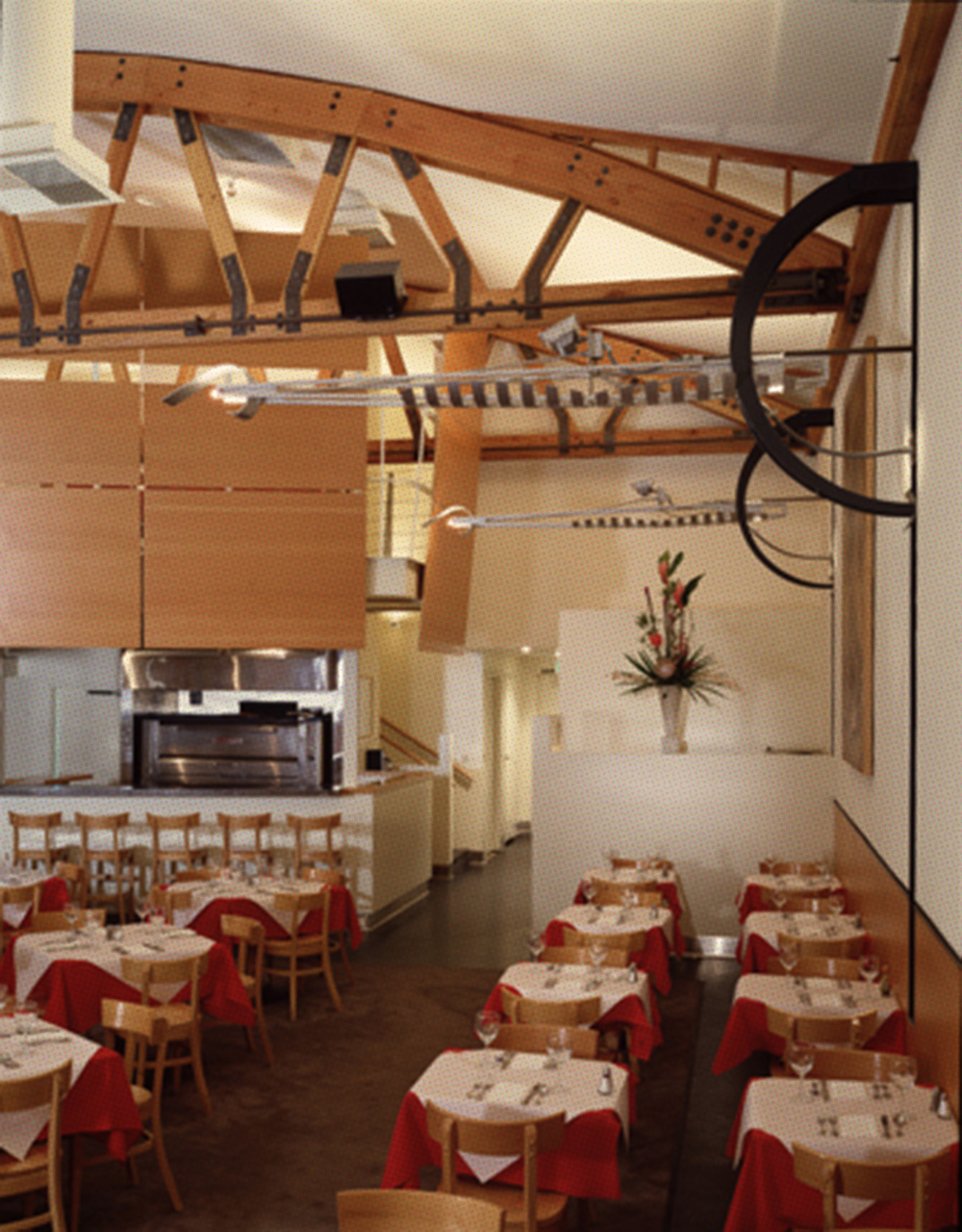 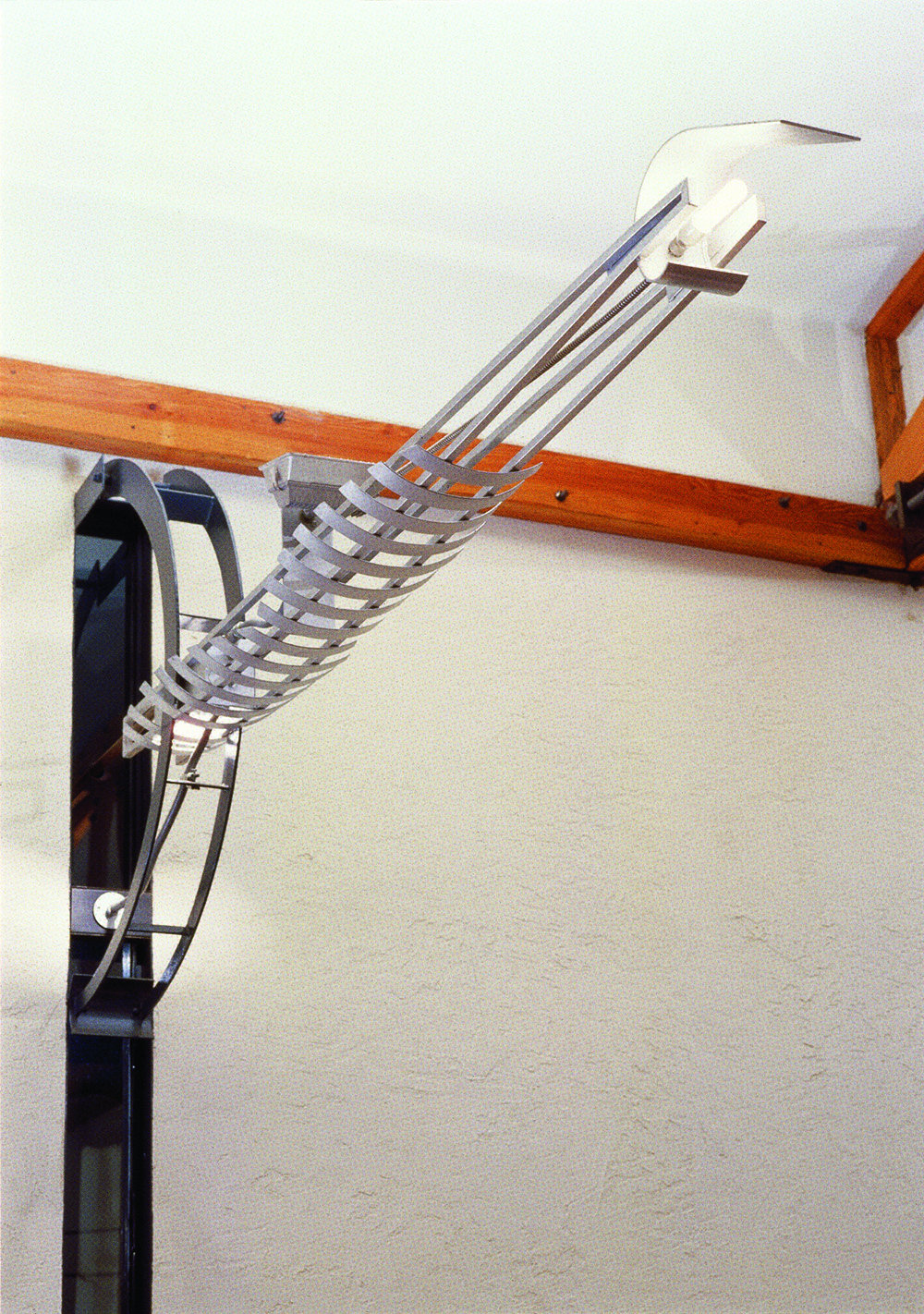 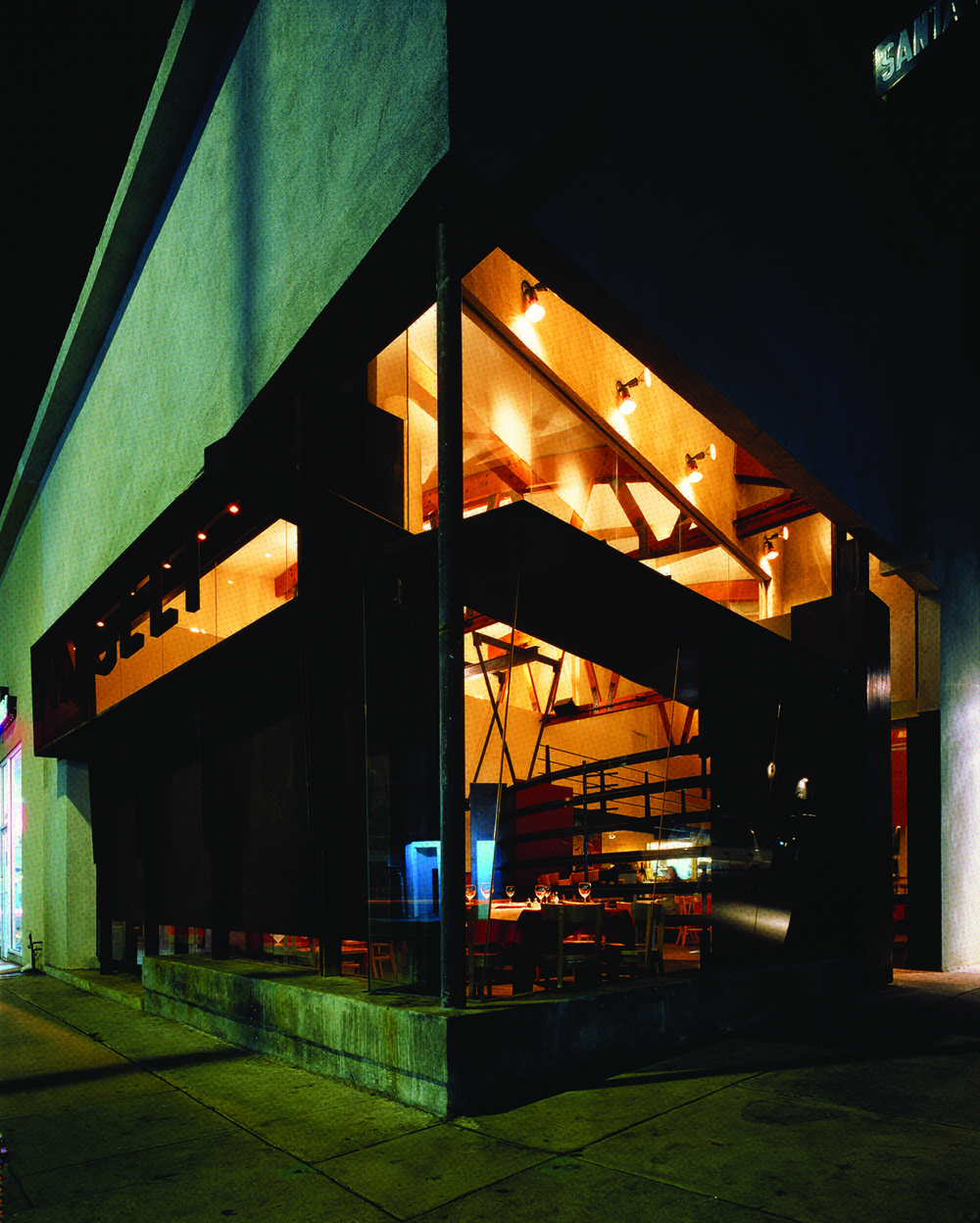