The building at the corner of Burton Way and Clark in the city of Beverly Hills was existing. Across the street from the Temple Emanuel in a mostly residential neighborhood was a box sitting there for fifty years with its brick wall, wood truss roof structure and steel framed windows. Like most other Los Angeles corner buildings completely unaware of its place; just working as a container which could have been dropped off by a storage company to be filled with stuff; just another box with a number.While it might have been acceptable for a craftsman workshop or offices of some sort during the last fifty years, the dilapidated building in the hands of my clients had to be transformed into a showroom for kitchens and appliances with eclectic combination of classical and contemporary designs of kitchen cabinets and appliances.

My initial studies of the building site led me to look for a solution that critiques the site while responding to its current inadequacies. After living and working in LA for more than twenty seven years and based on my studies and experiences of designing projects like Angeli restaurant on Santa Monica Blvd. or Ecru clothing store on Melrose Ave.(Michele Saee, building and Projects, Rizzoli 1997) where I treated the buildings as billboards or signs I realized how much this “not city” or territory, as I call it has changed and how much it has been desperately trying to become like other American cities.To respond to my current reading of Los Angeles I wanted to design a different type of LA building on this site. Unlike twentieth century cities where the corner location has a hierarchy and symbolic importance in the context, Los Angeles defies specificity and the corner location is no different than the building in the middle of the block.

The intention for the design of this building was to go beyond the architectural implication of the site and remove the corner completely, both conceptually and litirary and treat it as if the surfaces of the two sides of the building corner are unfolded into a flat surface.The entire front portion of the building on Burton Way and Clark was removed and was replacedwith ten feet deep façade constructed with planes of steel and glass which start to incline away and to the corner and to the either side of the property. The orientation effect of the planes creates a different field of vision which is experienced from every direction inside and out of the building. The Existing and the new juxtaposed independently joint with a skylight which runs across the entire front portion of the building.

In the exploration stage of the design I realized that the existing building needs to be upgraded structurally to comply with the current life and Safety requirements where the new intervention of the façade could play an important role. In our design we proposed two separate but interconnected structures; one to upgrade the existing building with installation of steel columns, beams, grade beams and second an independent steel structure to hold the new façade which becomes the new window to the city.

“Weight and gravity are key elements in the organization of perception. The notion of up and down linked to the earth’s gravity is just one element of perspective.” (Paul Virlio, interview with Enrique Limon)The changes and direction of the planes alters our perception of the space and its interaction with the surrounding and in this instance the body begins to adjust itself to this new field of forces extending beyond the boundaries of the building site.The space created by the steel and low iron tempered laminated glassforms viewing angels of displays.The space from outside in and insideout keeps the viewer’s gaze movingin every direction. I remove the walls replaced them by oriented surfaces whose angles were defined by me. The new geometrical composition has its symbolic intentions to transform an ordinary street corner into an interactive destination to keep its viewers guessing. 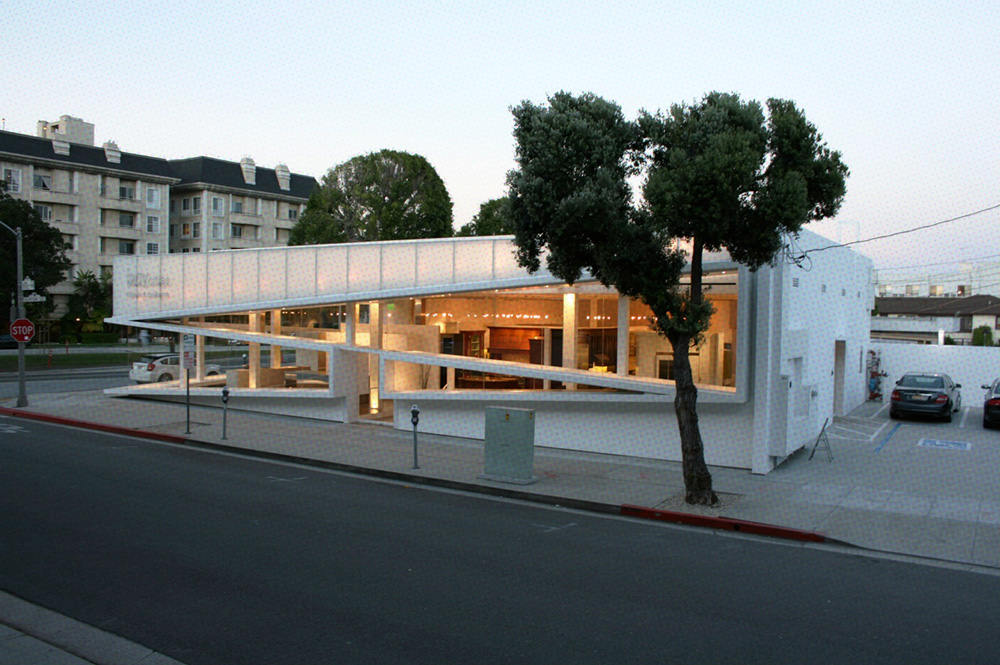 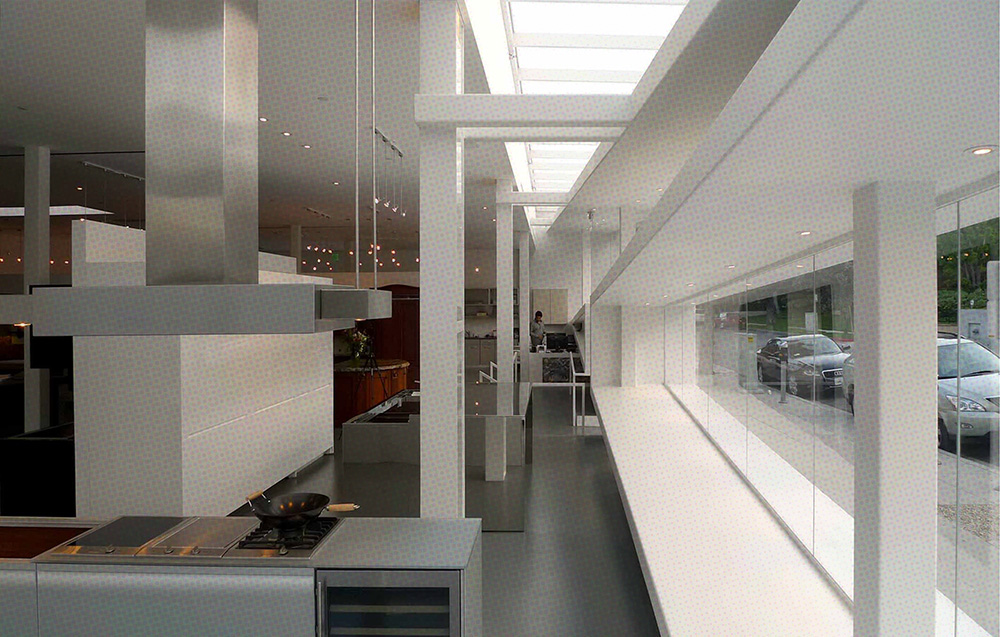 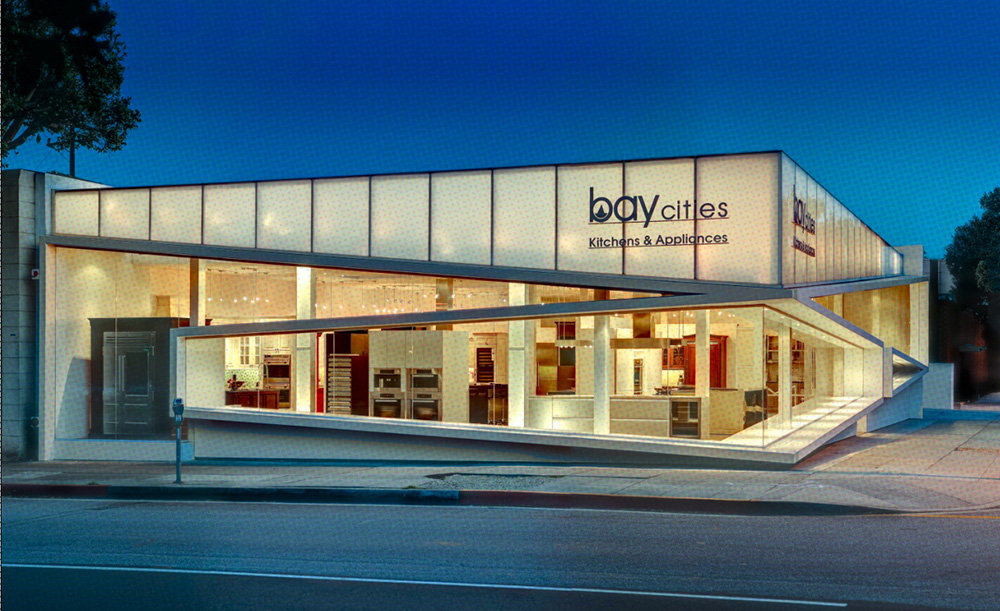 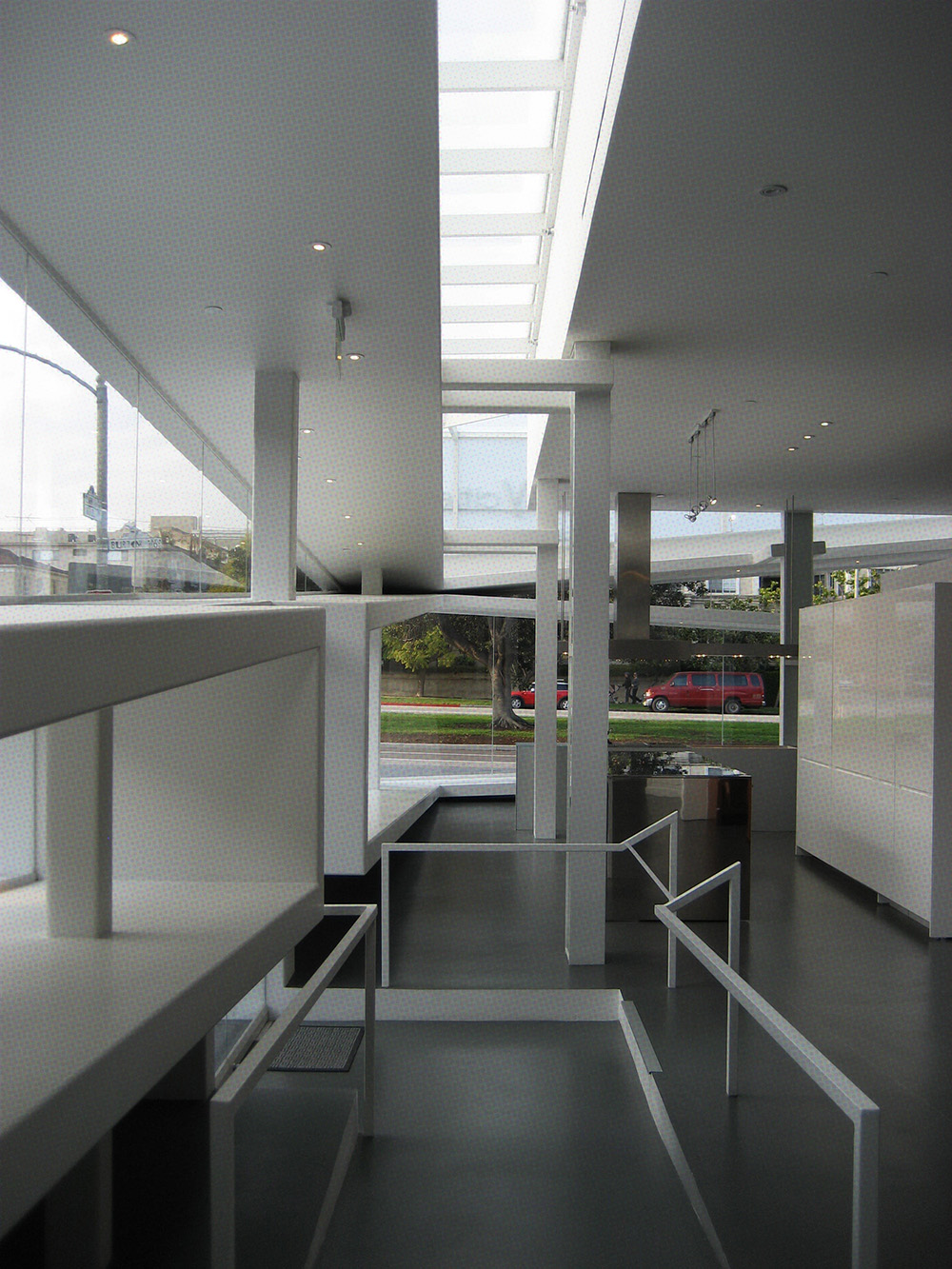 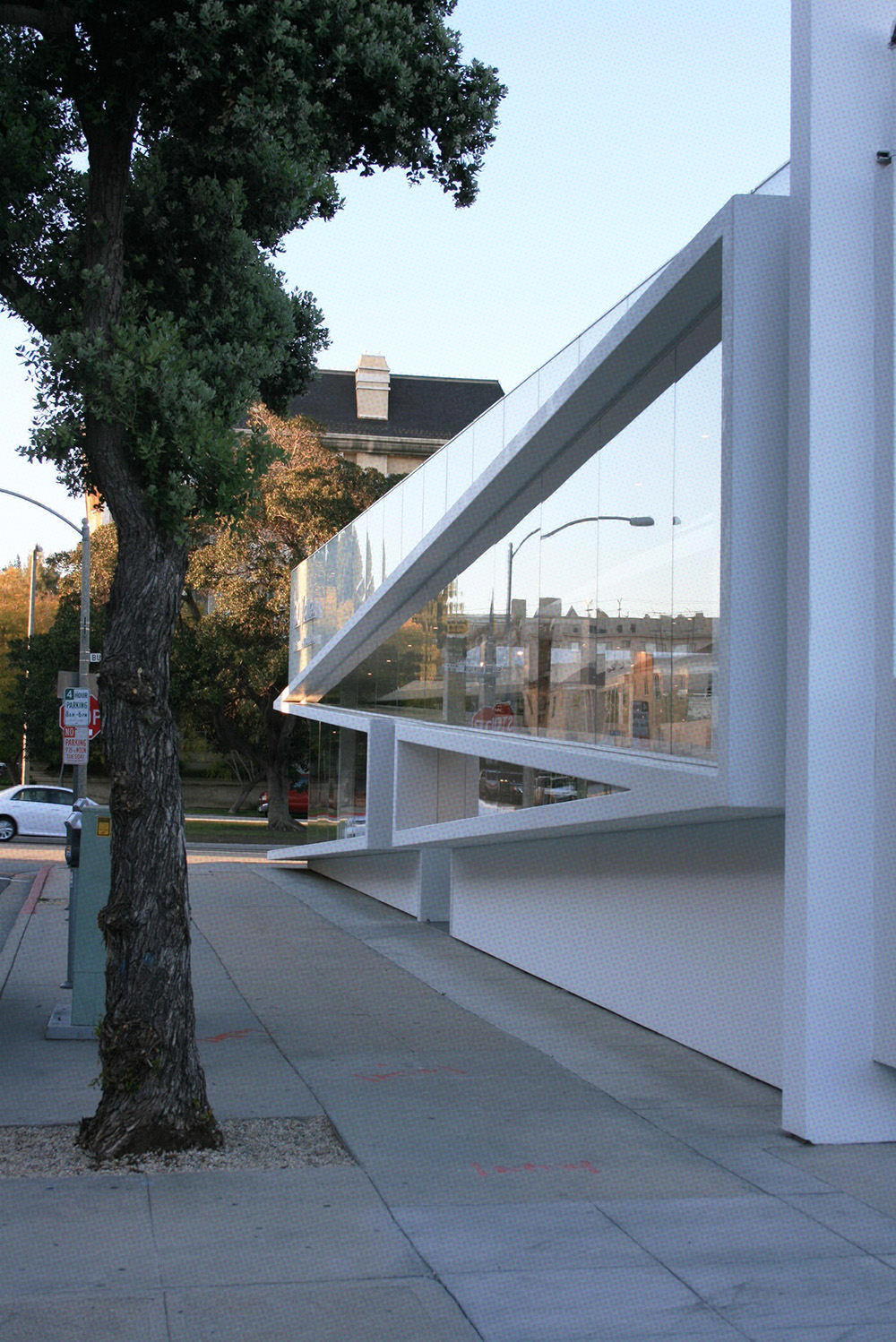