This project for a new City Hall in Santa Marinella, Italy explores multiple modes of layering: social and structural layering, historical layering, layering of land, contextual layering etc. as ingredients of design. Sprinkled with pines, palms and fragrant oleander, Santa Marinella is often cited as one the most beautiful cities on Italy’s Tyrrhenian coast. Possessing good climate all year round, laden with the wealth of its ancient Etruscan past, and within driving distance of Rome, the city has always attracted a large influx of tourists and is now increasingly having success in transforming its visitors into permanent residents. Seeking to accelerate this trajectory into the future, we developed an architecturally bold proposal for Santa Marinella’s new City Hall.

With several historic structures and active archeological excavations near by the site is saturated with history. Seeking to acknowledge these ancestral conditions, I activated the surface topography as an embodiment of site’s past lives within the city’s historical context. Treating the surface of the site as though it were a rigid movable shell the project’s roof form is lifted, hovering above its original location and echoing sloped shape of the land. To reinforce the clarity of this fictive displacement the building’s elevated floor and roof perimeters are precisely aligned with their corresponding position on the site below. This radical realignment represents a novelly re-scripted approach to contextualism: one that rather responding to the extant physical context of the city instead reacts to the epistemology of the land and its potentialities for the city’s burgeoning future.

In an environment of older buildings and their dominant rectilinear massing, the contemporary design of the Santa Marinella building will establish a radical new precedent. As an injection of contemporary consciousness into the traditional fabric of Santa Marinella the project attempts to position itself as a catalyst for transformation pushing the city forward, towards as possible futures and away from a stolid architectural monotony.

The program seeks to accommodate an energetic mix of public, civic and bureaucratic functions creating a center for the city’s collective life within the project’s boundaries. The ground level includes an amphitheatre, which will serve as a space for public events, lectures, discussions and forums, a public arcade and locations suitable for eateries and impromptu markets, gatherings or street fairs. This approach towards public space making reflects a recurring ambition in the work of my office to create architectural responses capable of amplifying the urban intensities of cities. This is particularly appropriate here given the Italian peoples long standing propensity to seek out public space as an anchoring element of their cultural development. Interacting with the city’s pedestrian traffic and is visible from the passing vehicles, the project’s intervention at the ground level creates a dynamic spatial interchange for diverse intersections of public movement. Acting as a second stage for urban interactions the roof of the building provides additional public space where people can stroll, enjoy a picnic while taking in panoramic views of Santa Marinella.

Sandwiched between these two civic arenas a ramp on the far side of the amphitheater rises up from the ground level granting access to the city government offices. Here a raised concrete platform is positioned to face a reflecting pool is wrapped entirely in glass, offering dramatic and inspiring view of the water and activities below. Throughout the project visual connections such as this are created around important locations of civic discourse imbuing these activities with connections to the ground and the historical roots which lie buried there.

Not merely a novelty or prominent attraction within the fabric of Santa Marinella the new City Hall building is imbued with the strength and formal structurings required for it to actively resonate with the spirit of its location. Blossoming from the city’s strong roots and evoking lineages that lie buried in the earth itself, the project sanctifies the ground as a living repository of information. In this building the greatness of the history and the potentialities of transformation will become harmonized at the active center of civic life. As a platform for the growth of the city the project will enable the people to develop their city into the future with a cognizance of their past heritage. 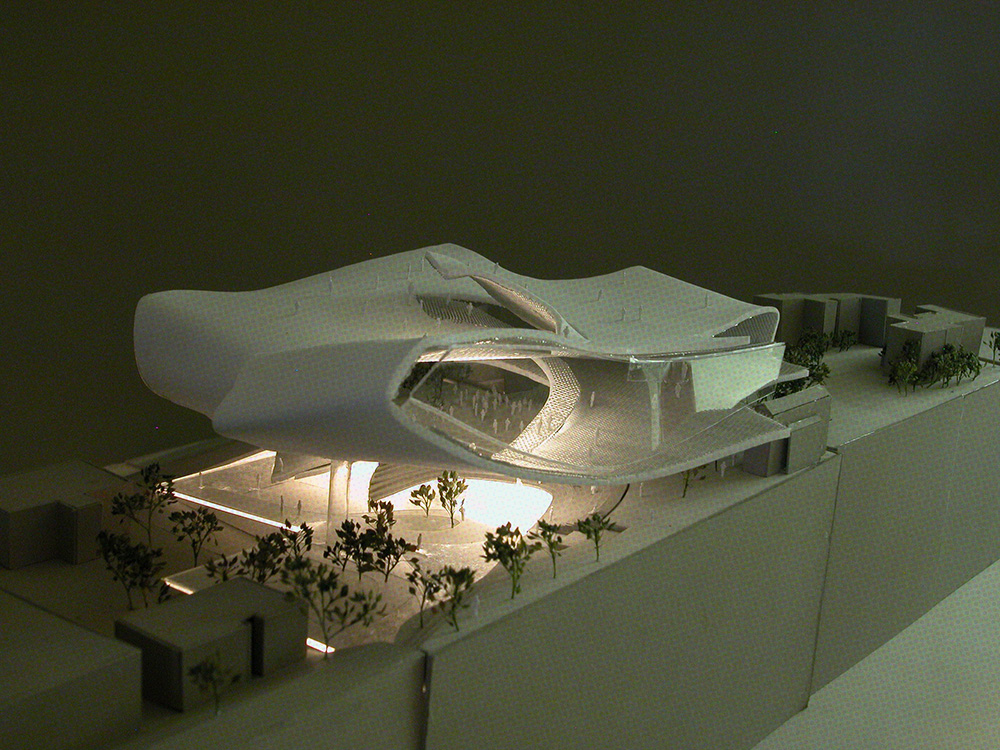 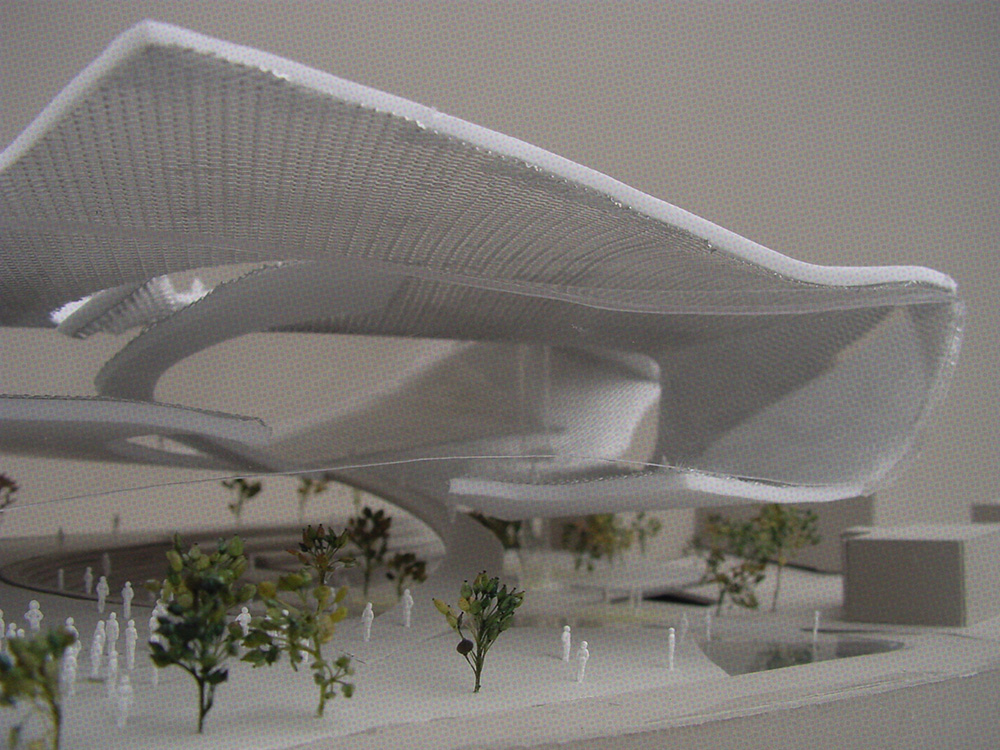 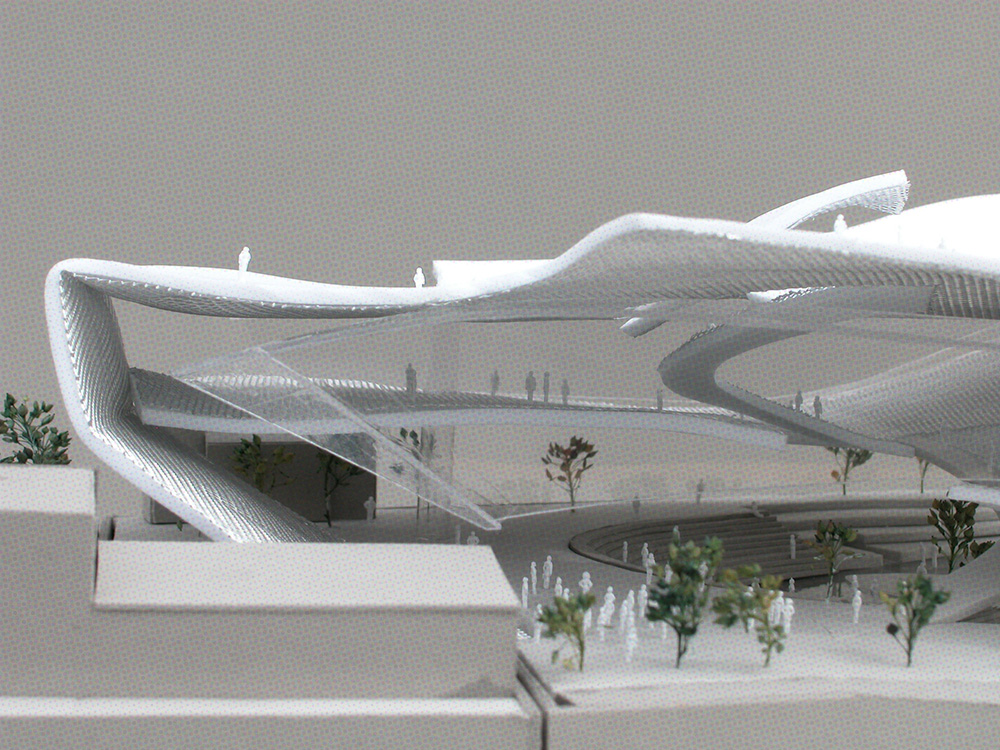 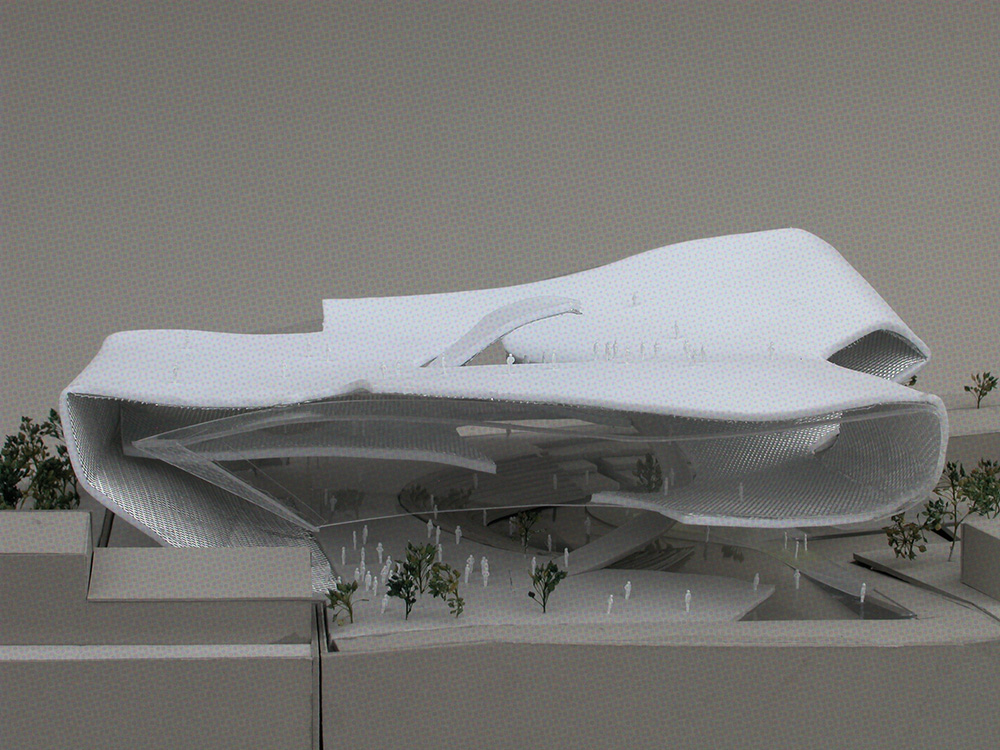 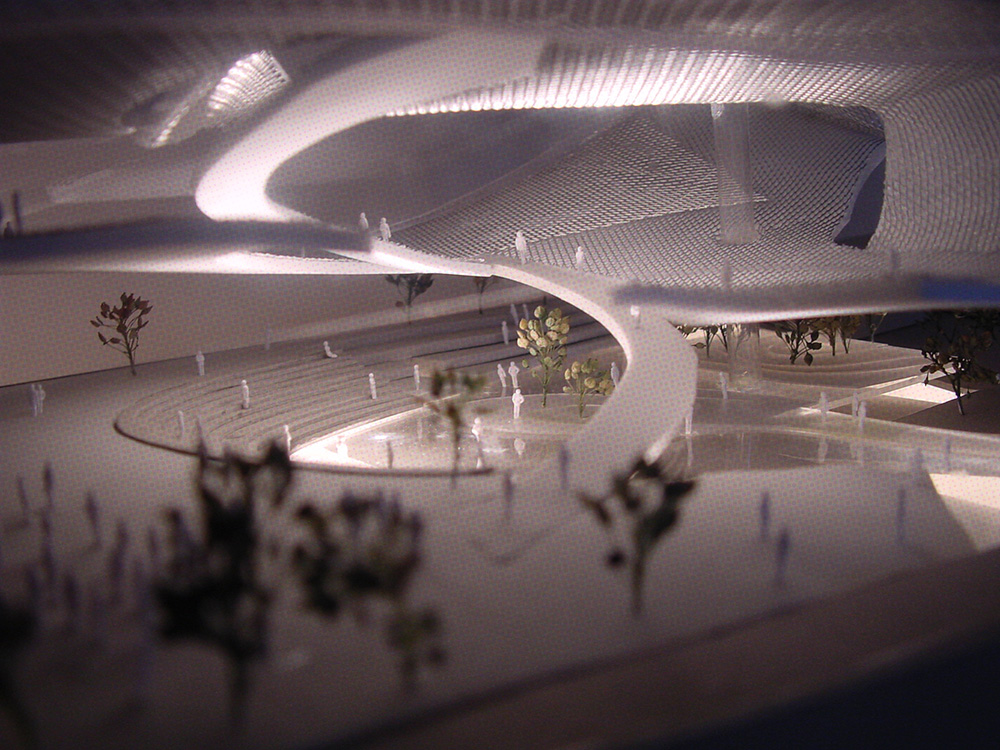 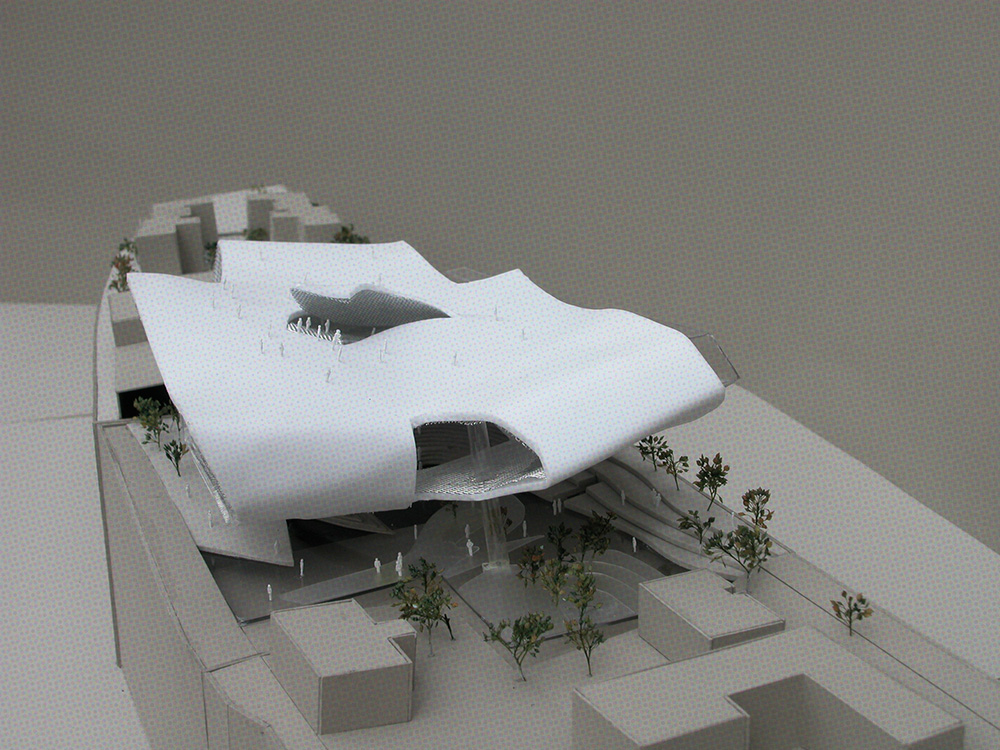 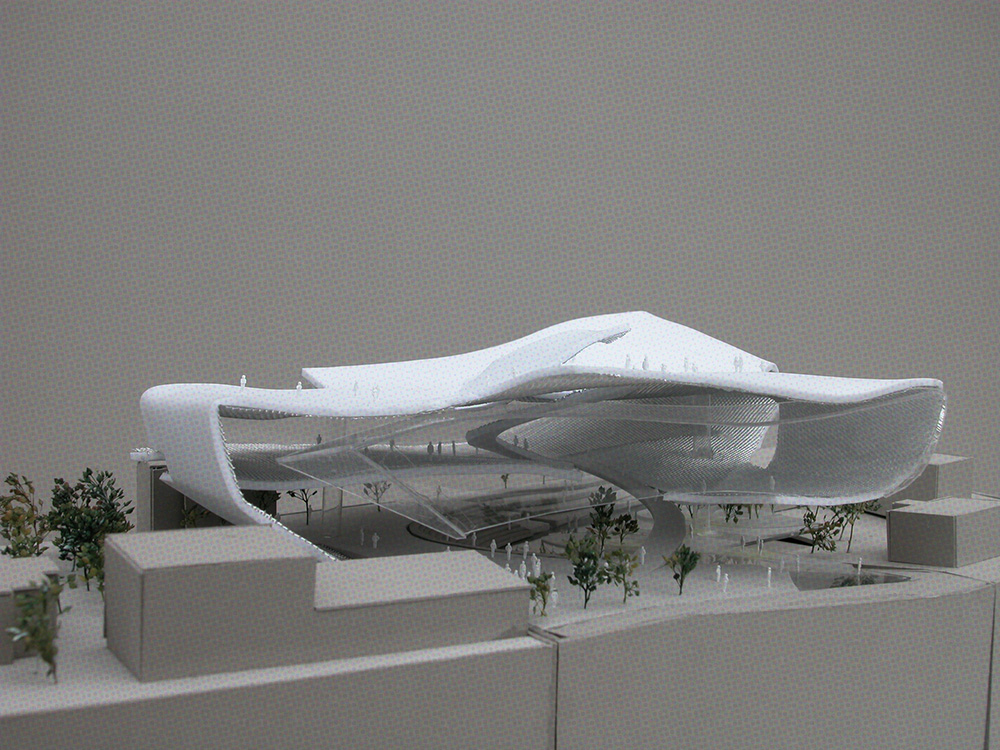