Is a one-room plywood construction plugged in to a two-story shopping mall in Marina Del Ray. Angeli Mare is also located here and both projects treat the mall as a vessel. A protruding glass display case breaks up the typical blank mall storefront and is supported by glass wall that slices into the façade. A portion of the first Ecru store’s typeface was enlarged and applies here to tie the new store to the original one on the Melrose Avenue.
Clothing is closer to our body than any other designed object, so the human body became the obvious inspiration for the project. The design began with a fortuitous experiment that resulted when the line drawings presented to the carpenter did not accurately represent the desire construction shapes and a template was required. The sections, elevations and storefront figures were abstracted from the seductive shapes of a sculpted Indian figurine and rendered as cardboard templates. Carpenters used these to build frames of ¾ inch plywood sheathed with ¼ inch plywood. The sheets initially would not bend to the shapes defined by the templates and had to be scored on the back to prevent the plywood from breaking. Through experimentation, one successful panel was eventually produces and became the pattern for the rest. Disassociated from the specific representation of flesh, the plywood suggested the idea of skin’s smooth uniform attractiveness.
The idea of the template is important in many of these projects and was crucial to the concept of the Ecru store in Marina Del Ray. There is truth in a template. It momentarily removes the responsibility for the process from the marker, puts to rest fears of errors and reinforce our desire for an object. For this project the templates were constructed on the floor of the studio, with knees to the concrete palms on corrugated cardboard the sound of metal slicing and ripping the corrugation. We ran our fingers along the freshly cut lines, stood the templates up and stood back, approving and disapproving. We looked through one template at another, referencing the drawings, the photos, the proportional system that stemmed from the figurine template. The work was fueled by the desire to be lost in the process of making. The templates became objects that encapsulated the notion of working in the present of no visual beginning or end.
Because the surrounding context is a marina, the art of shipbuilding became a source of form. The ceiling of the store is shaped like the bottom of a boat and was constructed of scored drywall panels. A cantilevered sales counter and eight foot tall pivoting mirrors are the focus of the interior. Lighting is installed in eye shaped recesses in the walls and in ribs along the ceiling. A single, steel bar handle for the pivoting glass door is accessible on the inside and outside.
The sensuous curves of the walls and the well defined shapes of the figurine in the column and façade reveal the importance of layers. Ecru celebrates “the depiction of the body as a living garment” as described in Vo1.2 of ZONE: FRAGMENTS FOR A HISTORY OF THE HUMAN BODY. It equates layers of skin with layers of clothing and forces the observer to look for the hidden, for the secret. Peeking behind the walls is akin to the erotic play of skirt on thigh; to exposing too much arm, chest, calf; to the seductive glimpse of a belly.

In the figurative arts, eroticism appears as a relationship between clothing and nudity. Therefore it is conditional on the possibility of movement transit from one state to the other. If either of these poles takes on primary or essential significance to the exclusion of the other, then the possibility for this transit is sacrificed and with it the conditions for eroticism. In such cases, either clothing or nudity becomes an absolute value. 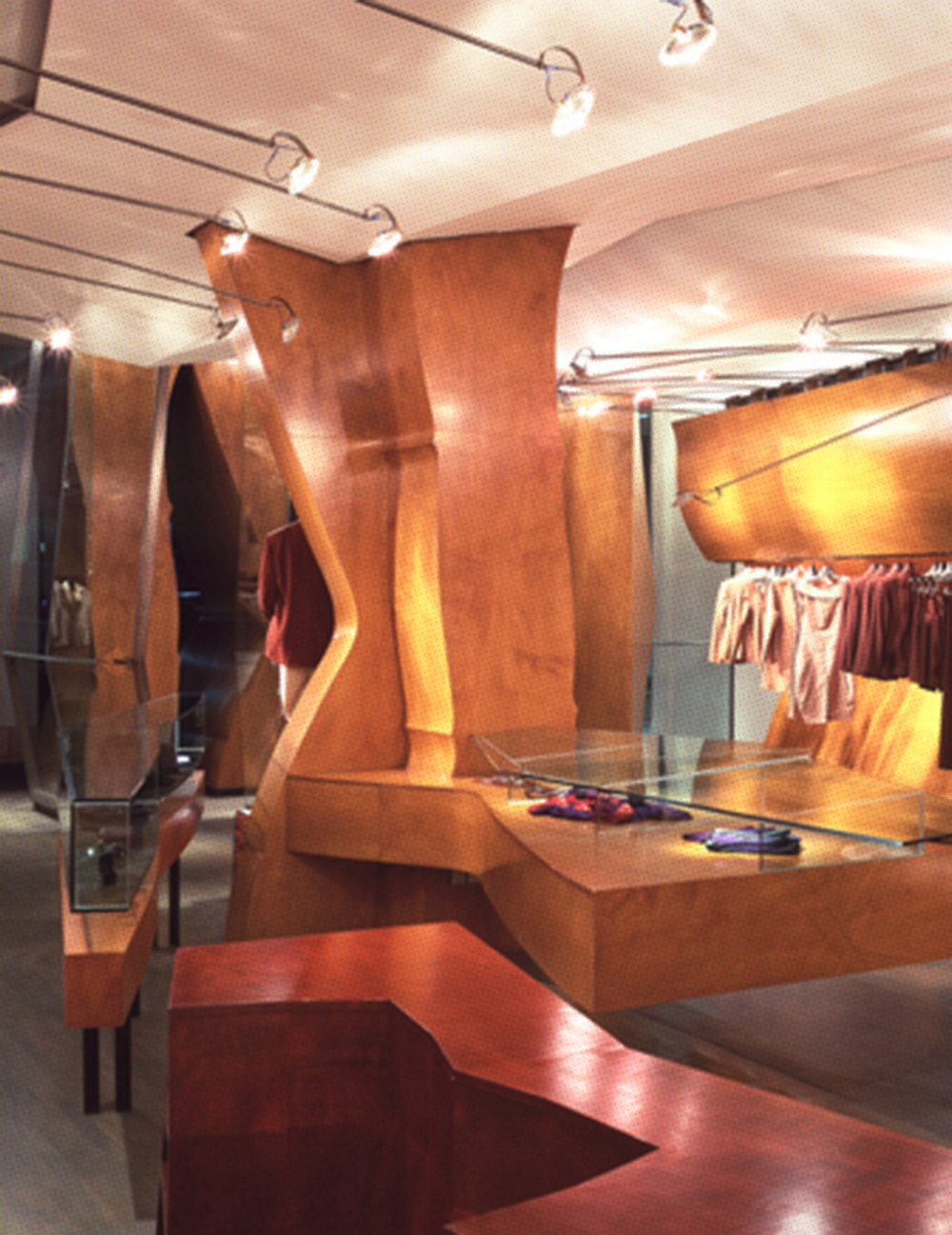 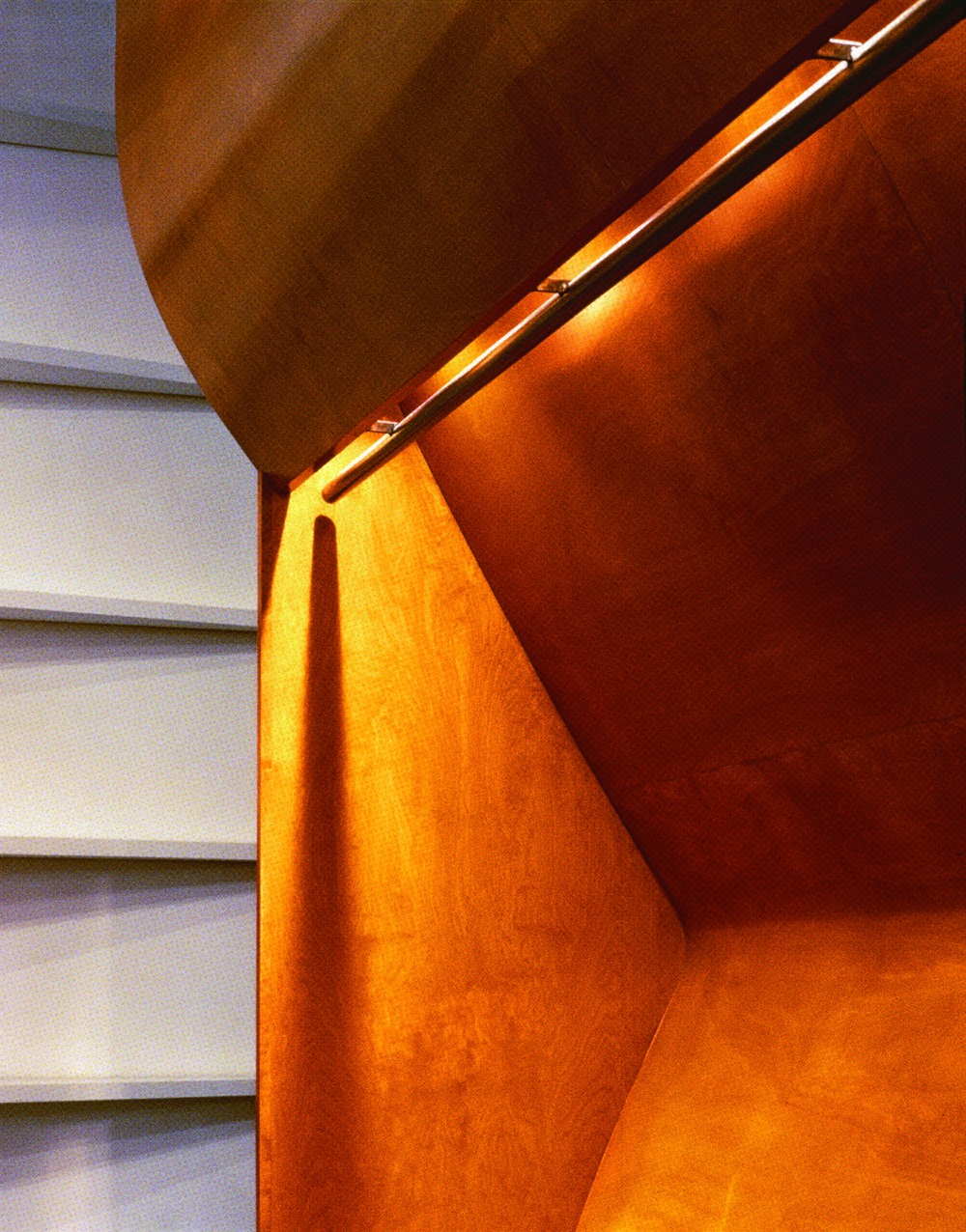 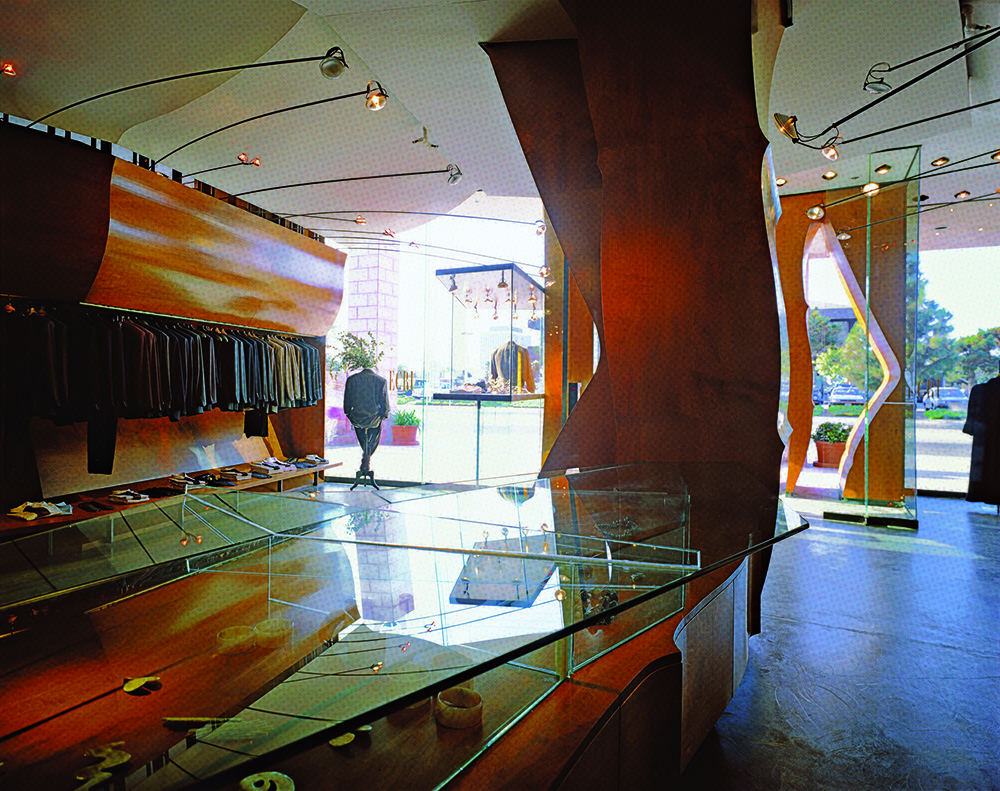 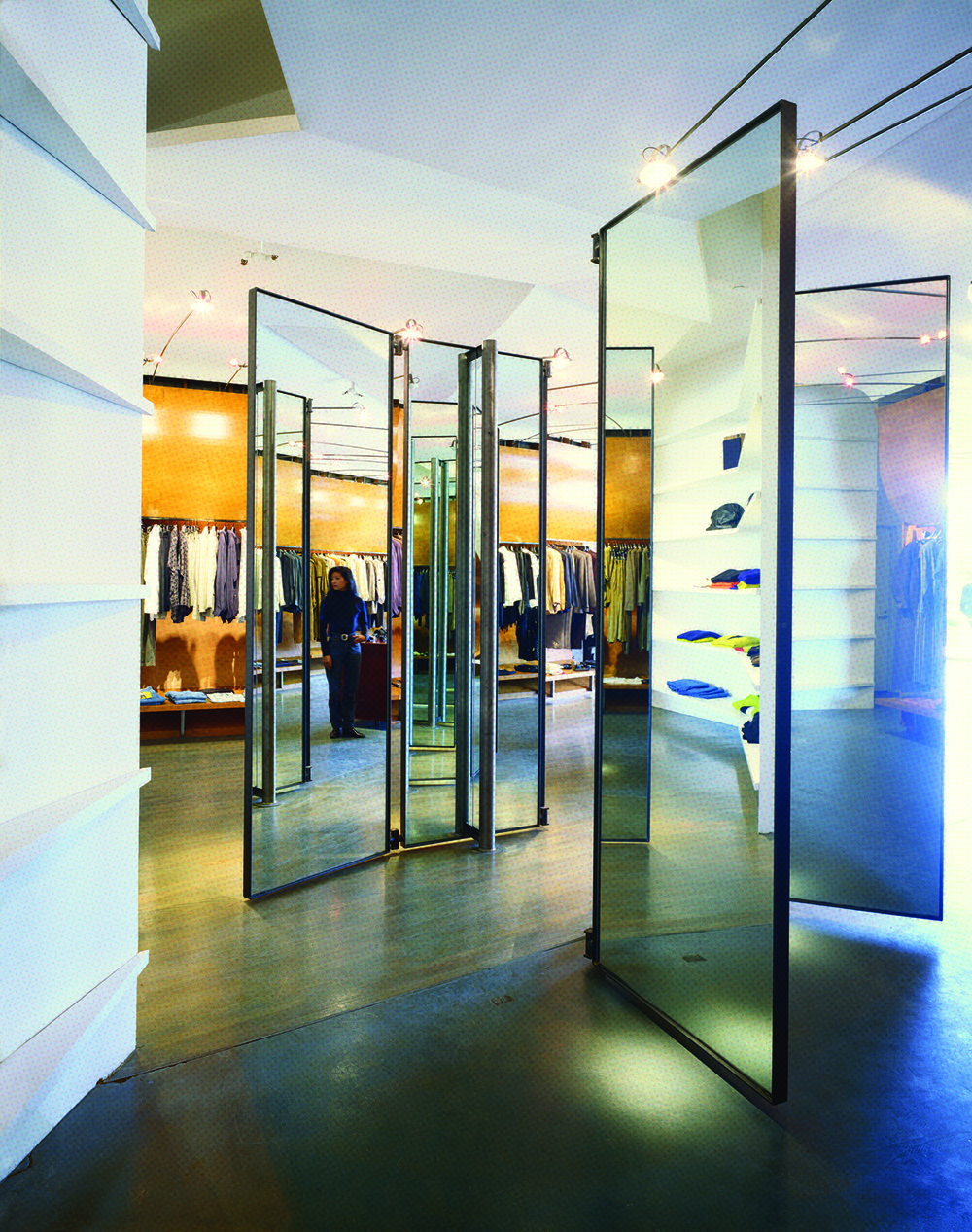 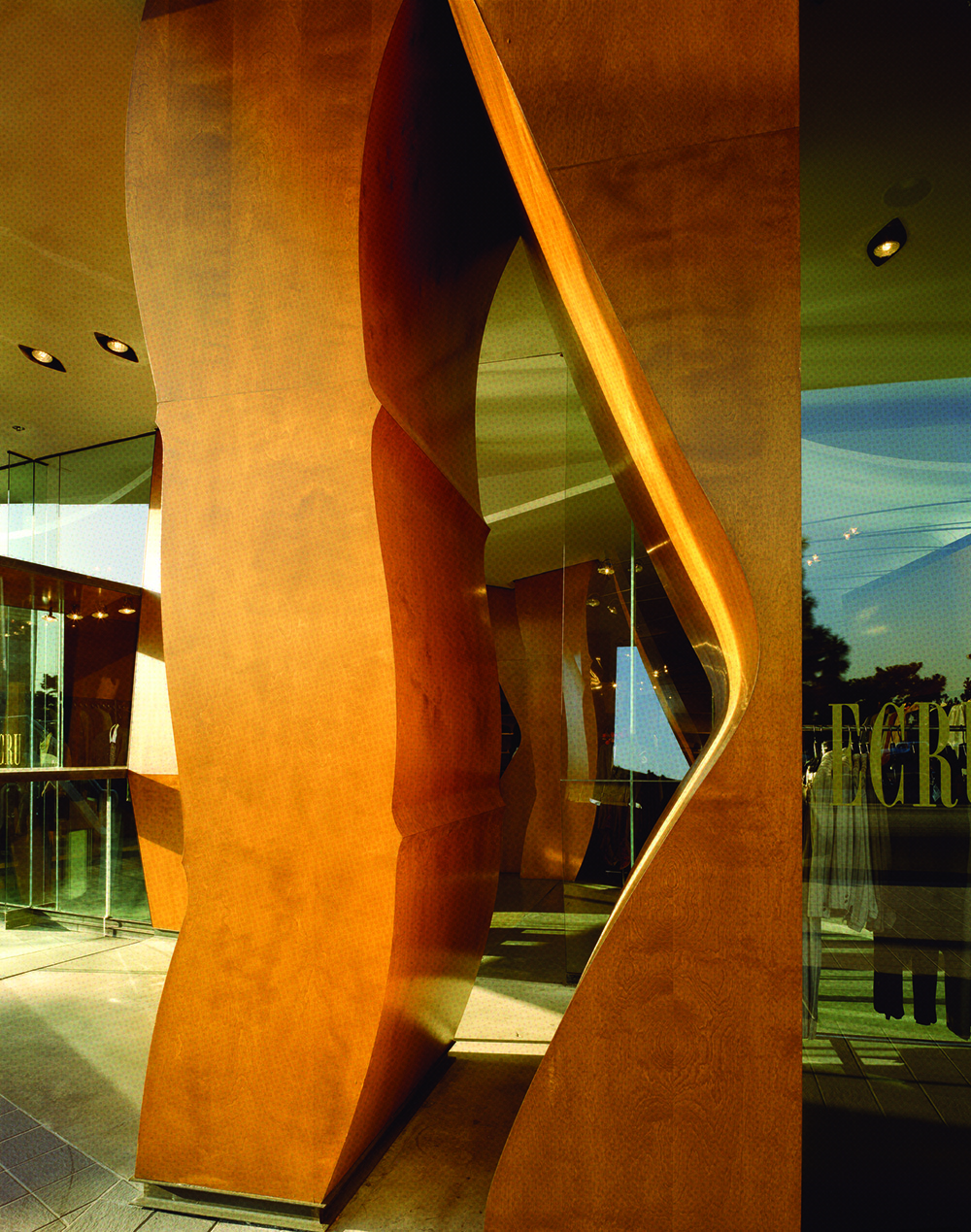 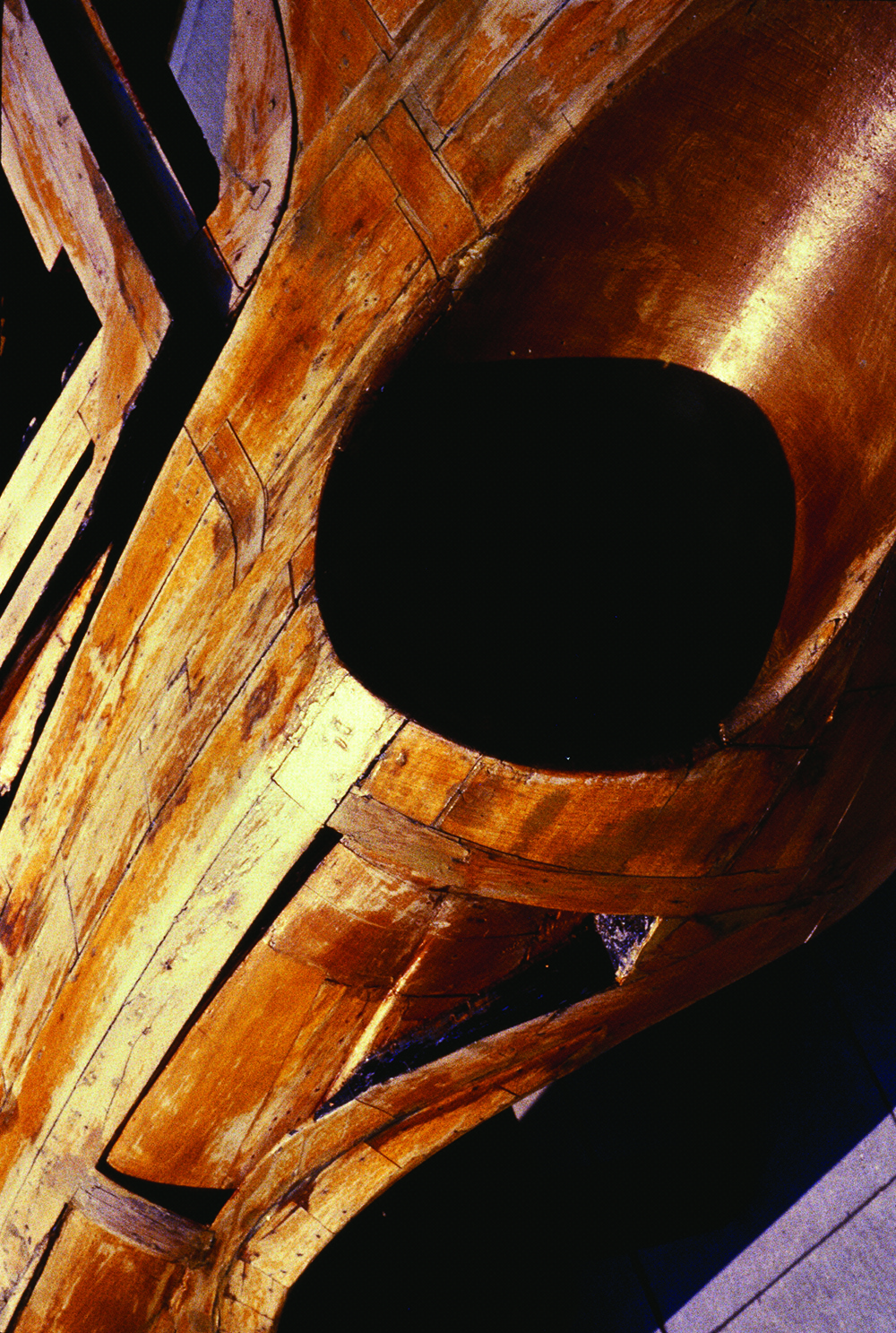