Nestled in twenty-five wooded acres of landscaped land, a perfect glass ring hovers above a lake and gardens creating a new window into the sky. According to ancient Chinese culture, it is said that the earth takes the shape of the square and the sky is in the form of circle. Symbolically the circle represents unity and family and the Beijing Bay Center, an exhibition and sales center for the new Zhongguancun Technological Park development, is a perfect circle. Cradled by the earth which serves as its container and protector the building takes the form of glass ring standing as a solitary figure in the landscape. Awaiting the further development of the property in the future the structure it will be used as the park’s exhibition and event center.

I envisioned the Beijing Bay Center taking the form of a seal; Client’s seal in the midst of twenty five acres of rolling landscape. Prevalent throughout Chinese culture signature stamps in the form of seals uniquely identify an individual’s elevated status. According to a legend from the Han dynasty, the Yellow Emperor was given the first seal by a yellow dragon. Receiving the seal signified the bestowal of the Emperor’s heavenly mandate and established his power to rule the Chinese empire.

As the original concept the Beijing Bay Center was greatly influenced by both current and historical Chinese culture, reflecting the old and the new, the familiar and the foreign, the design was inspired by the elements that are normally found in traditional Chinese gardens. Practiced as an art form of subtle elegance the Chinese garden designs historically, included one or more sections composed of plants, rocks, fish pools, streams and small buildings. Interconnected to form an active matrix of nature and social spaces they commonly include a stream and, following the order of Feng Shui, a crooked bridge across the water.

Gracefully commingling grand and human scales, Chinese gardens depart from their counterparts in Western Europe and the United States in the nature of integration within the built environment. Utilizing a composition of landscape elements to surround a buildings gardens are harmonized with the architectural elements as an irreplaceable part of the overall conceptual and decorative structure.

The approach Beijing Bay Center from the main road, reveals a glowing circular shape form sited cleanly on a beautifully landscaped site. Like the buildings of a classic Chinese garden, the structure is so well suited to the site that it gives the illusion of being a natural occurance. A gradually sloping ramp brings guests to the sales center level while two other paths descend to the garden plaza below. At the sales center, visitors are greeted at an information counter and then are lead through the gallery space containing models, drawings, and descriptions of the development

Skinned entirely in double-glazed glass the structure’s transparency blends the perception of nature and form. Not merely an extension of the interior space the gardens become an integrated part of the overall programmatic structure. An array of trees and plants are carefully selected and located to shade and unify the interior space. As different rooms within the circular center float around and above the garden patio, nature and building are tightly intertwined with trees and plants circumscribed by the glass ring. Separated by an open center space the meeting rooms and conference area frame obstructed the views of the entire area. A circular staircase leads to the rooftop patio, where a 360 degrees of breathtaking views overlook the expanse of the development and yields glimpses of garden and water sculpture below.

Both grounded by a human scale elevated by a grand scale the treatment of the structure and garden in the Beijing Bay Center results in a harmonious and indivisible composition completed by the embrace of the surrounding landscape.

In offering a solution to the mathematical paradox of squaring the circle, The Beijing Bay Center succeeds in allowing sky and earth to become one. 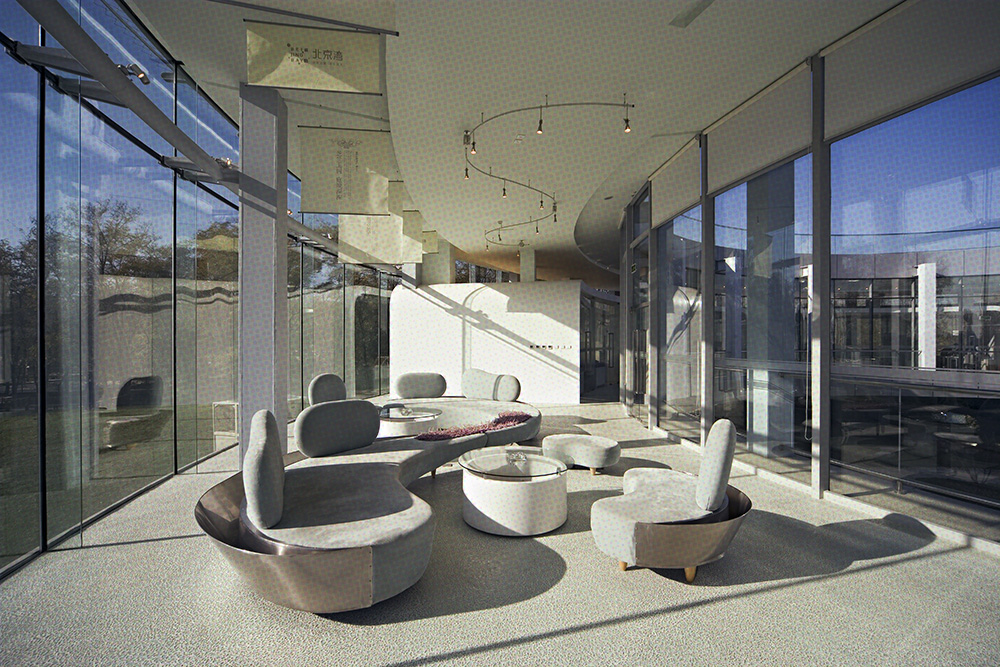 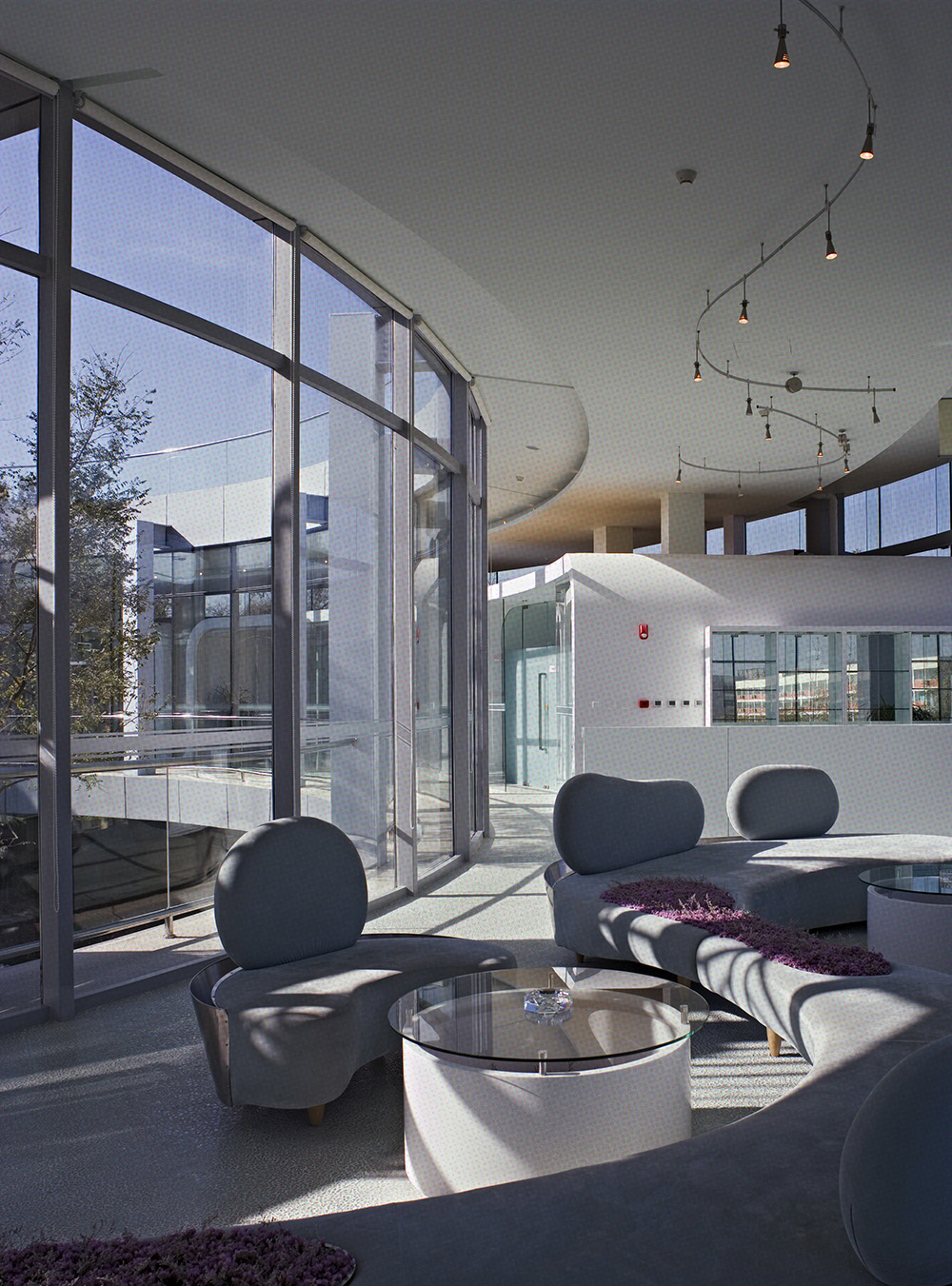 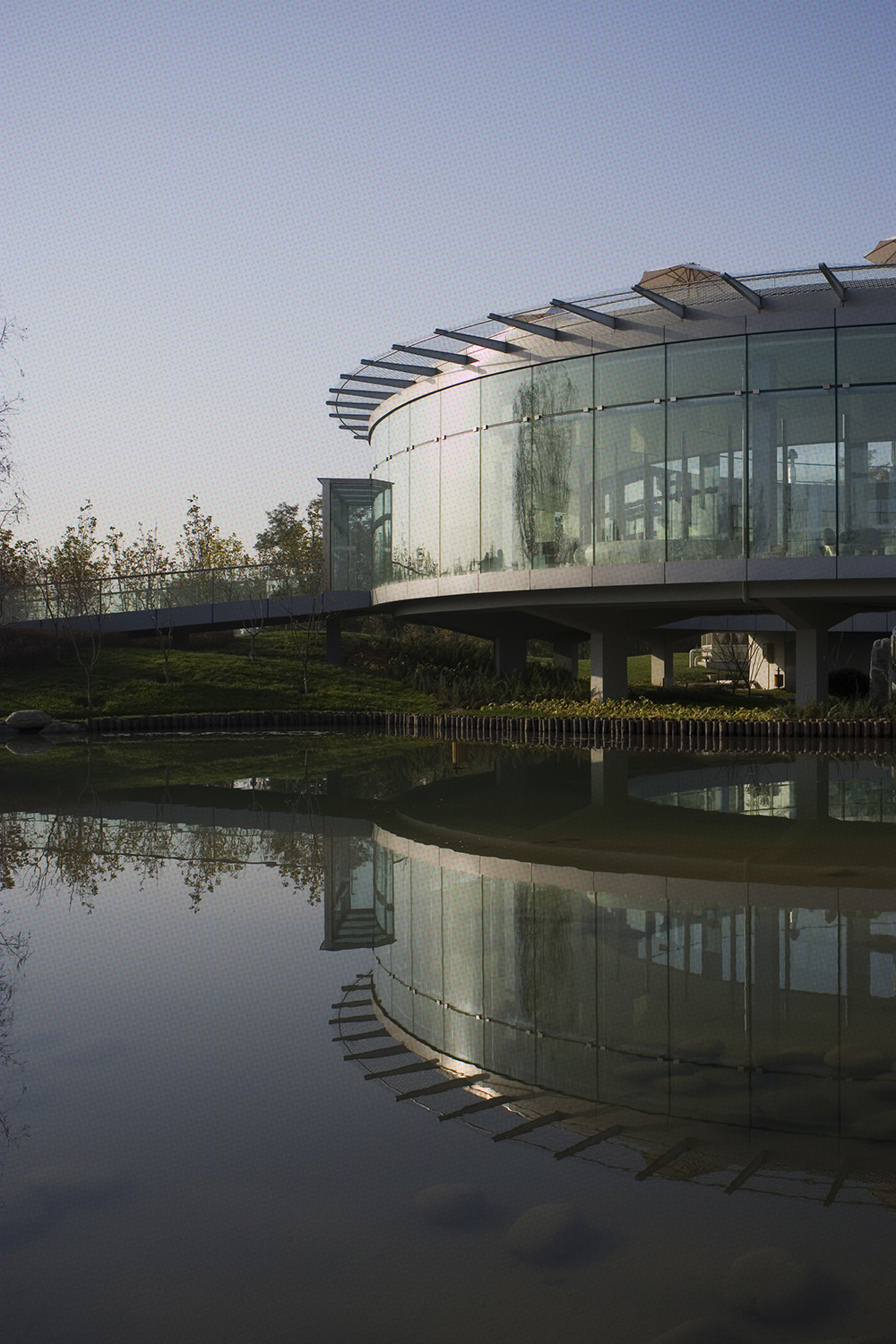 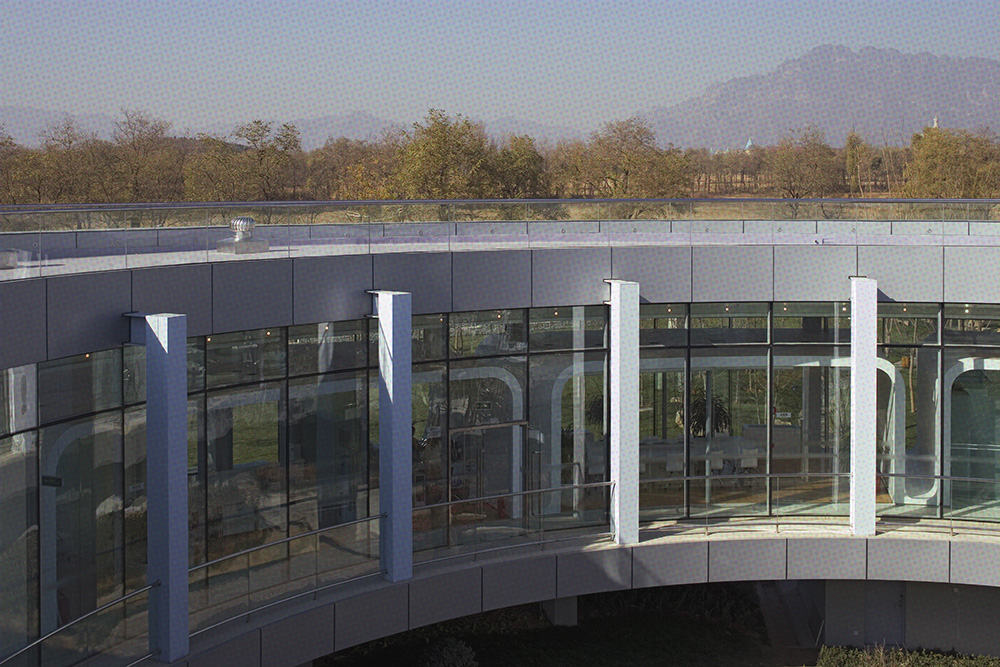 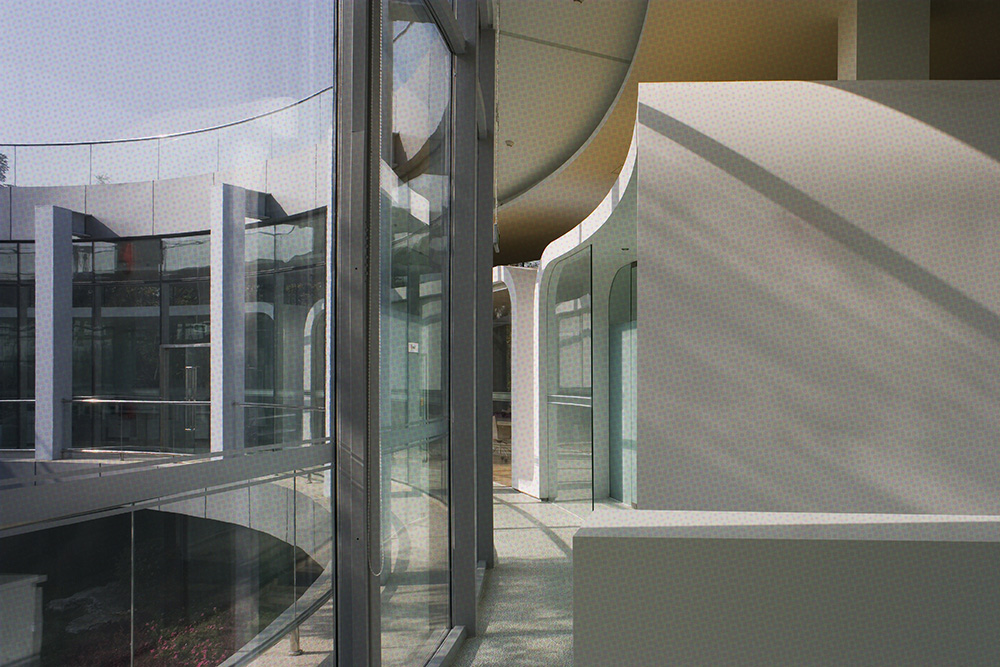